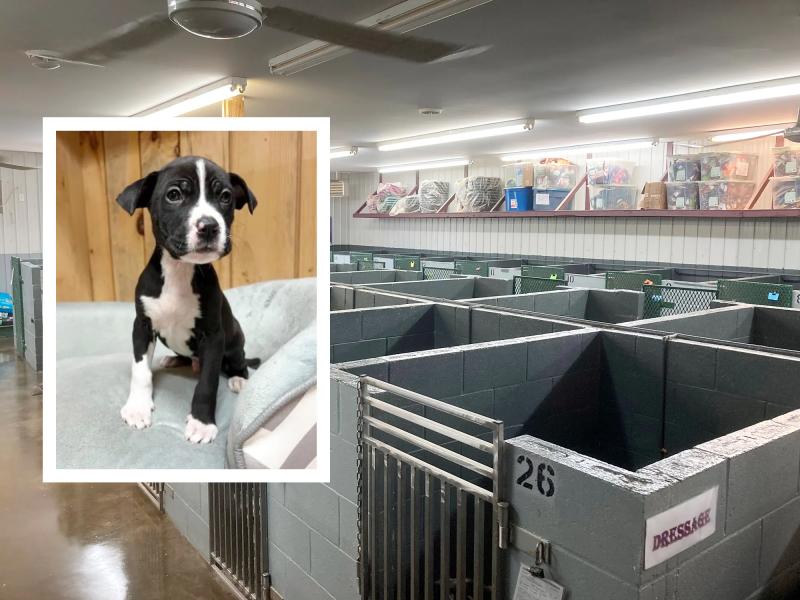 Despite numerous criticisms from clients, two administrators of the SPA Régionale Saint-Lin–Laurentides deny being a puppy mill and maintain that there is no animal abuse in their home.

President Valérie Morin and her daughter Vanessa Subranni are categorical: the majority of litters of puppies come from Aboriginal communities in Abitibi.

They say they do business with an organization in a remote region, of which Ms. Morin was also a director in the past.

The others come from places that cannot afford to take care of their animals or stray dogs, says the president.

The interior of the kennel of the regional SPA, in Saint-Lin-Laurentides.

“It's all there in our records. We do not buy our dogs and we do not breed. We don't have any other places than here,” says Vanessa Subranni, who is administrator of the NPO.

The MAPAQ has, however, twice condemned their companies for non-compliant registers.< /p>

Not to mention that several customers have denounced the high prices of this SPA. According to Valérie Morin, the organization relies not only on donations, but also on the price of its animals to ensure that it can continue its activities and be able to pay its employees.

“Currently, we is not able to do otherwise than this price. We have no choice,” adds Ms. Subranni.

However, they say they have things to change, especially in terms of communication. Ms. Subranni believes they should go the extra mile to explain to customers “the reasons behind that price.”

They say there are no dead dogs in their establishments and that all animals receive proper care.

A puppy sold as a Boston Terrier mix, but ultimately a mix of Staffordshire, Belgian Malinois and Bullmastiff.

The City of Saint-Lin–Laurentides severed all business ties with the Regional SPA yesterday, following testimonials targeting them circulating on social networks.

Another SPCA in the region will take care of to temporarily offer pet licensing services, pending a permanent solution.

“The management team is heart with each citizen alleging to have experienced a particular situation with the Regional SPA and is deeply saddened by these events”, specifies the director of communications of the City, Marilyn Laroche.

The City of Saint-Colomban has also decided to sever its ties with the organization.

The viral publications that caused them to lose contracts with certain cities do not reflect the reality in within the Regional SPA, according to the managers of the establishment.

Ms. Subranni notably maintains that a client's dog, which was supposed to be a Boston terrier, but which turned out to be three times larger, had been seen by a veterinarian and that it is possible that errors are made at this level. .

The two say they are currently in crisis management. They open the door to several solutions, such as a change of managers and the creation of an advisory committee. They say they are open to constructive feedback.

“Is there room for improvement? Surely. Are we ready to receive comments? Yes, but not death threats,” says Ms. Subranni.

A demonstration aimed at closing the SPA is planned on the site of the Lanaudière refuge in the coming days. Yesterday, more than 1,000 people were already showing interest in participating in this peaceful demonstration.