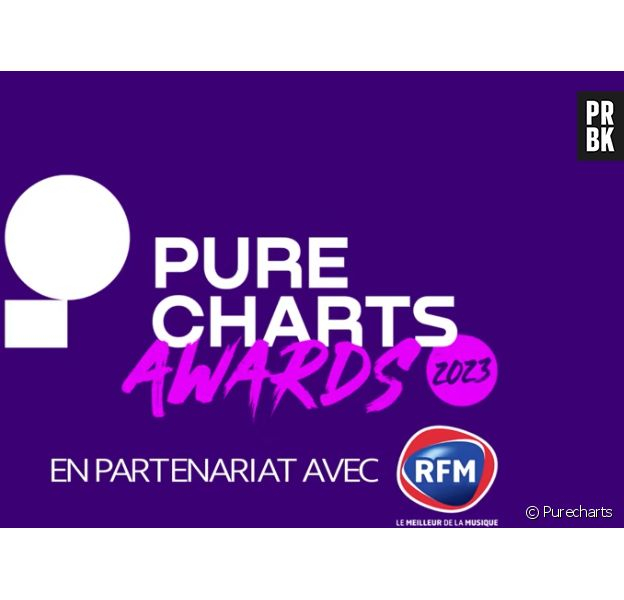 Good news for music fans! For the first time in its history, Purecharts offers Internet users the opportunity to reward their favorite musical artists via a 100% digital ceremony. For this 1st edition of the Purecharts Awards in partnership with RFM, four artists or music that have marked the year 2022 will be decided in 12 different categories.

Only Internet users have the power to decide who will be designated French-speaking male artist of the year, Best Revelation or International Album of the Year. To do this, voting is open from Thursday 12 to Friday 27 January 2023 on the official website of the Purecharts Awards.

Simultaneously, RFM launches its web radio “Purecharts Awards by RFM”on which it is possible to listen or re-listen to the titles of the artists nominated for this first edition.

Which artists stand out?

The competition is fierce!On the side of our compatriots, Mylène Farmer clearly stands out with a nomination in three different categories for Francophone Female Artist of the Year, Clip of the Year and Francophone Album of the Year. But nothing is decided in advance because Juliette Armanet, Jenifer and Angèle can also hope to win the trophy!

On the international side, Taylor Swift, Ed Sheeran, Harry Styles and Beyoncé are also in competition and are counting on the votes of their many fans to be crowned big winners. The Italians forming the Maneskin group, a real revelation since their appearance at Eurovision, will be competing against Imagine Dragons, Indochine and BLACKPINK in the Group of the Year category. Dear Internet users, listeners or streamers, to your votes! The final results will be announced on Monday, February 6.

Revelation of the Year
Fresh/Adé/Mentissa/Tiakola

Band of the Year
Imagine Dragons/Indochine/BLACKPINK/Maneskin

Purecharts like PureBreak are sites published by the Webedia group.