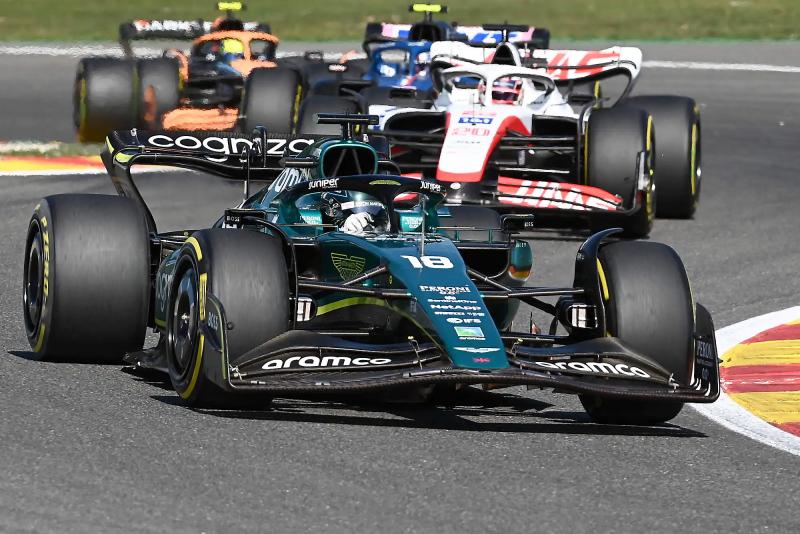 At least that's what the Quebec driver claimed after his journey where he had to settle for 11th place. He therefore left the Spa-Francorchamps circuit without a single point.

“ I was pushed by Seb [Sebastian Vettel] at the start of the race, which made me lose a few positions, said Stroll.

“ The rest was rather delicate, he continued. I was stuck for a while behind a Williams [that of Alex Albon] and chased by a train of cars.

“If the pace was satisfactory, we clearly lacked top speed.

The Williams, it was noted, was the fastest single-seater in the field on the straights this weekend.

Stroll finished his race one second behind the Thai driver and the last available point.

Despite his tough discussion with his teammate, Vettel, he saved the furniture for the Aston Martin team by scoring four points.

The quadruple world champion, who is playing his last season in F1, ranked eighth, not without having hoped overtake Esteban Ocon before the conclusion of the race.

“It's a good result under the circumstances,” Vettel said. I was unlucky after my second stop at the pit when I found myself behind Pierre [Gasly]. That's what allowed Esteban to get ahead of me.

“We showed again that our car was more competitive in the race than in qualifying. »

Vettel shows 20 points on the clock, which confers the 12th place in the cumulative ranking, 16 more than Stroll ( 19th).

Nicholas Latifi is still the only driver on the grid to have no points on his record.

The Canadian, whose future in F1 is increasingly in jeopardy, finished 18th. The other two drivers behind him on the board, Valtteri Bottas and Lewis Hamiton, were forced to retire.

Meanwhile, his partner at Williams fought bravely to defend tenth place dearly until 'at the end of the curtain.

For Albon, it's mission accomplished and for another time, he made his teammate look very bad.

Hamilton called an idiot: after five consecutive podium appearances – but still no victory in 2022 – the seven-time world champion saw his race end in the first lap of the Belgian GP . Involved in a clash with Fernando Alonso, he drew the wrath of the Spaniard who, on the spot, called him an idiot. Hamilton admitted his mistake.

A reprieve for Belgium: the F1 circus will make its annual stopover at the majestic Spa-Francorchamps circuit in 2023. But its long-term future is far from assured. A few weeks ago, we learned that France was removed from the calendar.

Max at home: Heading to the Zandvoort circuit this weekend, in the Netherlands, where Verstappen will try to win a second victory in a row in front of a crowd won in advance.