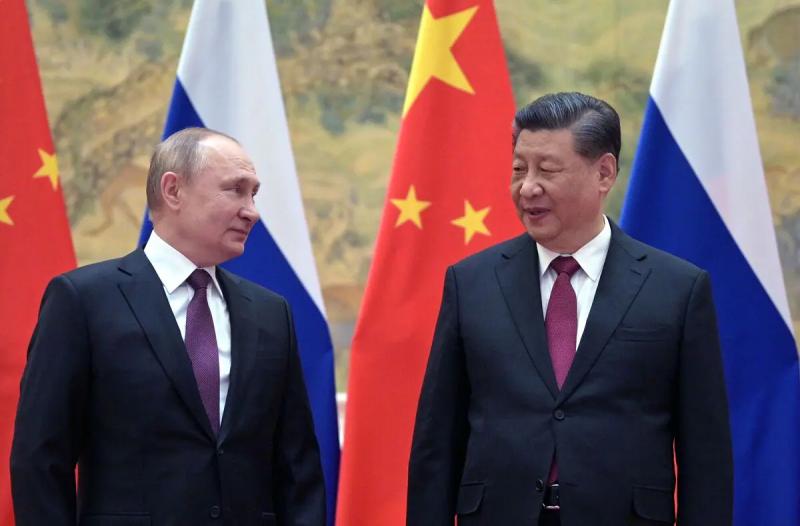 The presidents of China Xi Jinping and Russian President Vladimir Putin are meeting in Uzbekistan on Thursday for a regional summit that looks like a confrontation with the West, in the midst of tensions exacerbated by the war in Ukraine.< /strong>

MM. Xi and Putin will be joined in the city of Samarkand, a key stop on the ancient Silk Road, by the leaders of India, Pakistan, Turkey, Iran and others for a summit two-day meeting of the Shanghai Cooperation Organization (SCO).

While the main meeting of this summit will take place on Friday, it is the bilateral meeting between the Chinese and Russian presidents on Thursday which will be the most scrutinized, their countries being at the heart of international diplomatic crises.

For Mr Putin, who is trying to accelerate a pivot to Asia in the face of Western sanctions against Moscow for its invasion of Ukraine, this summit is an opportunity to show that Russia is not isolated on the world stage.

Mr. Xi, who is making his first foreign trip to Central Asia since the start of the coronavirus pandemic, will be able to further cement his stature as a top leader ahead of a Chinese Communist Party congress in October where he is seeking an unprecedented third term. .

Their meeting also has an air of defiance thrown at the United States, which has taken the lead in sanctions against Moscow and military support for kyiv, and which has drawn the ire of Beijing with the visit of several American officials to Taiwan. /p>

“Alternative” to the West

It is the “largest organization in the world, comprising half the population of the planet” and it works for a “just international order”, he added.

En Prior to the arrival of the leaders in Samarkand, a former major crossroads of trade routes between China and Europe, movement in the city, placed under high security, was restricted and the airport closed to commercial flights.

The streets of this city known for its mosques and mausoleums covered with blue mosaics were almost deserted on Wednesday, AFP journalists noted. Schools will be closed on Thursday and Friday.

The SCO, whose members are China, Russia, India, Pakistan and the former Soviet republics of Central Asia, was established in 2001 as a tool of political, economic and security cooperation competing with Western organizations.

It is not a military alliance like NATO or a political integration organization like the European Union, but its members work together to address common security challenges and promote trade.

The conflict in Ukraine, the situation in Afghanistan and the unrest that has shaken several Central Asian countries in recent months should be among the main topics discussed.

The main session of the summit this week will take place on Friday, but the main focus will be on the multiple bilateral meetings scheduled on the sidelines.

Before the summit, Xi Jinping visited on Wednesday in Kazakhstan where he met the president.

The last meeting between MM. Putin and Xi date back to last February, when the Russian president visited the Winter Olympics in Beijing, days before the launch of Moscow's offensive against Ukraine.

Without explicitly support the Russian military intervention, Beijing has repeatedly expressed its support for Moscow, isolated in the West, in recent months.

Moscow, for its part, described the visit to Taiwan by the President of US House of Representatives Nancy Pelosi in August.

And last month, China took part in joint military exercises in Russia, before agreeing to settle its gas contracts with Moscow in rubles and in yuan. And no longer in Western currencies.