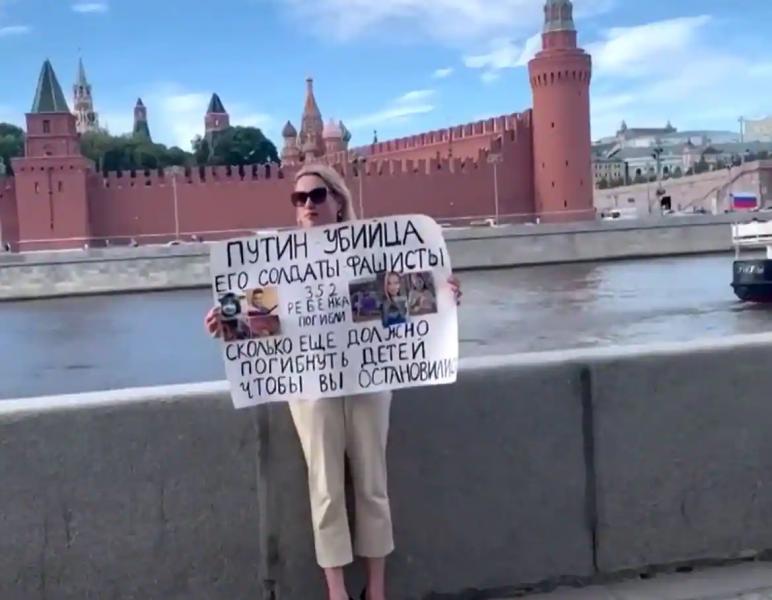 Russian anti-war journalist Marina Ovsyannikova, who made headlines in March for interrupting Russian television news, did it again last week, this time in front of the Kremlin.

On July 15, Marina posted a sign that read: “Vladimir Putin is a murderer, and his soldiers are fascists. 352 children have died in Ukraine. How many more children must die before the war ends?”

According to Reuters, she was arrested by authorities two days later, where she was held for three hours.

She was fined for not respecting the rules governing the demonstrations.

The Russian woman became popular in March when she dared to denounce the war in Ukraine in the middle of the newspaper late-night television show.

After leaving Russia for Germany in April, Marina returned to her native country to deal with legal cases against her ex-husband.