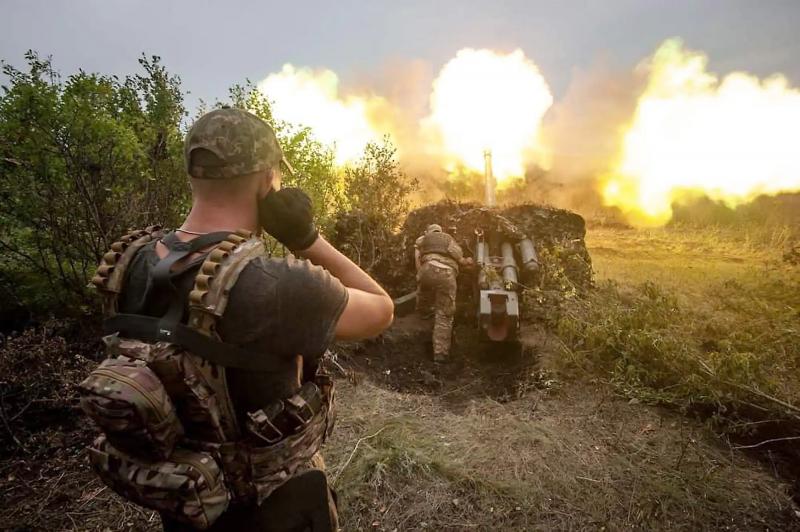 Putin announces a mobilization of 300,000 troops and threatens the West with nuclear retaliation.

Biden at the UN denounced Putin's “irresponsible threats”. The use of tactical nuclear weapons, while unlikely, cannot be ruled out entirely.

The escalation and the nuclear threat are intended to undermine the resolve of the pro-Ukraine international coalition already targeted by Russian gas supply cuts. We will see next spring if the lack of Russian energy will have an influence on Western public opinion.

The mobilization order applies to reservist soldiers and non-commissioned officers under the age of 35, junior officers under the age of 45 and certain specialized soldiers aged up to 65. It is therefore that the mercenaries and volunteers (including imprisoned criminals) recruited by Putin are insufficient to contain the Ukrainians. Russian forces are deployed on a front line of more than 1,000 kilometers.

Western intelligence and military analysts estimate that the Russian armed forces suffered casualties of up to more than 80,000 soldiers killed, wounded, taken prisoner or who have deserted.

If the Ukrainians keep up the pressure, which is likely, Russia won't be able to use its 300,000 soldiers to turn the situation around.

It's going to be difficult and complicated to integrate these new conscripts in largely exhausted, disorganized and demoralized units, lacking experienced officers, many of whom were killed or wounded. These reinforcements will also lack equipment, such as armored vehicles, missiles, rockets and ammunition, lost in combat or otherwise unusable.

Finally, the low morale of the current frontline Russian troops is likely to spill over to new arrivals. The losses have been so great in six months of war that the mobilized will feel like cannon fodder.

And the depression could be amplified if the opposition to the war takes of magnitude in Russia.

The Russian opposition has called for demonstrations against the mobilization across the country. More than 1,300 protesters were apprehended yesterday during anti-mobilization rallies. Will the unrest spread far enough outside of Moscow and St. Petersburg to threaten the regime? It remains to be seen.

The danger for Putin could also come from the armed forces and the secret services from which echoes of growing tension and exasperation are coming. Enough to force his departure?

To counter Ukrainian successes on the battlefield, Putin also decided to annex four Ukrainian regions (Donetsk, Luhansk, Kherson and Zaporizhia) to Russia. He thus hopes to avoid Ukrainian counter-attacks which would then target the territory of Russia, which he would consider as a major escalation of the conflict. How will Zelensky and NATO rise to the challenge?