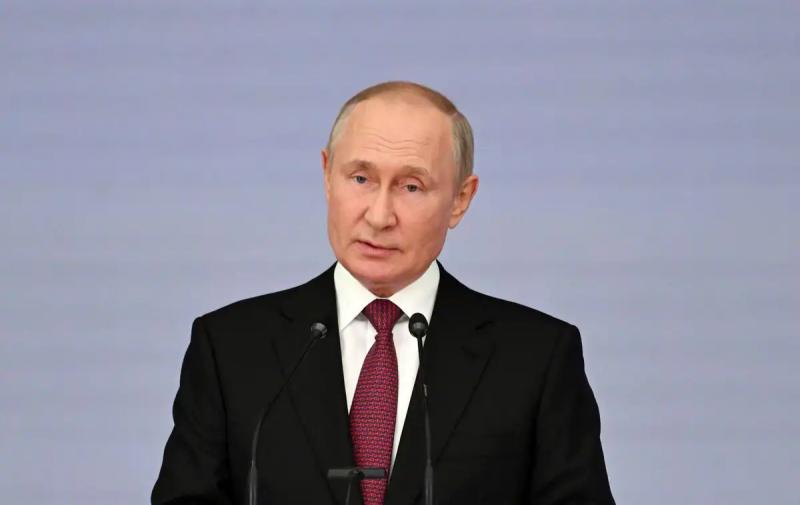 Russian President Vladimir Putin on Monday promised “severe” responses in the event of new Ukrainian attacks against Russia, after the partial destruction on Saturday of the Crimean Bridge, a strategic infrastructure and symbol of the annexation of this Ukrainian peninsula.

“If the attempts of terrorist attacks on our territory continue, Russia's responses will be severe and their scale will correspond to the level of the threats posed”, warned Vladimir Putin opening a televised meeting of the Russian Security Council.

“No one should have any doubts,” he warned.

In response to the attack on the Crimean Bridge, the Russian leader indicated that Moscow had launched a “massive” bombing campaign in several Ukrainian regions.

He claimed that the Russian military had used in the morning “long-range high-precision weapons” against “the energy, military and communication infrastructure of Ukraine”.

For the first time since June 26, the capital Kyiv was hit by bombardments, AFP journalists noted, and several towns were without power at the end of the morning, according to local authorities.

According to Vladimir Putin, by targeting the Crimean bridge on Saturday, Ukraine “put itself on the same level as the most heinous terrorists”. “It was not possible not to respond (to it),” he said to officials of the Russian security organs.

Mr. Putin said that the Ukrainian army had in the past “three times” attacked the Russian nuclear power plant in Kursk (southwest), located 85 kilometers from the border with Ukraine, and had also tried to s attack on the TurkStream gas pipeline that connects Russia to Turkey across the Black Sea.

“The objective of the strikes has been achieved. All targets were hit,” said the spokesman for the Russian Defense Ministry, a few moments after Mr. Putin’s statements.

The number two of Russia's Security Council and ex-president, Dmitry Medvedev, assured that the massive strikes against Ukraine were only a “first episode”, calling for the “total dismantling” of Ukrainian political power.

“The first episode has been played, there will be others,” he wrote on Telegram, after a meeting of the Council under the leadership of Vladimir Putin. “From my point of view, (the goal) must be the total dismantling of the political regime in Ukraine,” Medvedev said.

According to him, “the Ukrainian state in its present configuration, that of a Nazi political regime, will represent a permanent, direct and clear for Russia”.

The bridge connecting Russian territory to Crimea, the Ukrainian peninsula annexed by Moscow in 2014, was partly destroyed on Saturday using a truck bomb, according to the Russian authorities.

Kyiv did not claim responsibility for the operation, even though this bridge is strategic, because it allows the supply of the Russian army in southern Ukraine and thepopulation living in Crimea.

Mr. Putin has made the bridge, which he inaugurated in 2018, a symbol of Russian power and its determination to retain control of the annexed peninsula.