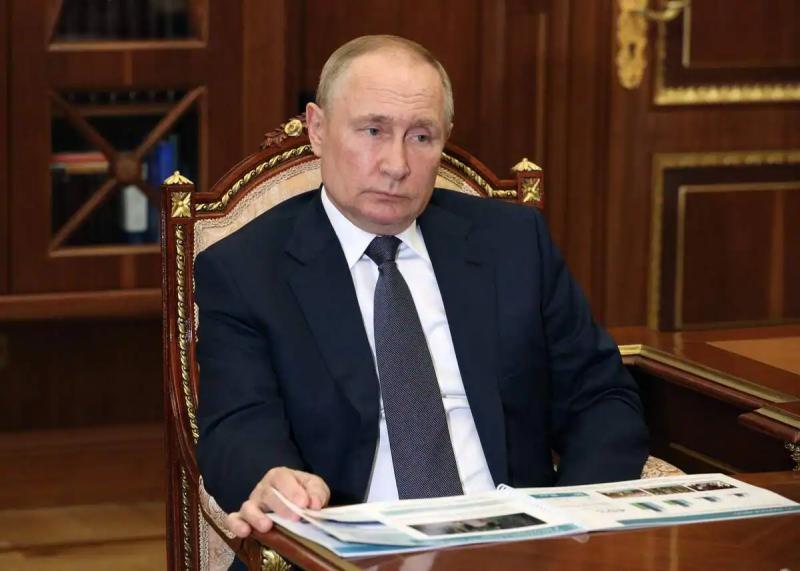 Russian President Vladimir Putin has signed a law punishing harsh prison terms for calls to act against Russia's security, as Moscow suppresses all voices opposing its military offensive in Ukraine .

Under the new provisions, published Thursday on the portal of texts signed by Mr. Putin, public calls by individuals to act against the security of Russia will now be punishable by two to four years in prison. The sanction can be increased to 5 years in the event of calls broadcast by the media and 7 years if they are made in an organized group.

He also initialed a text tightening the restrictions imposed on individuals and organizations designated “foreign agents,” a status used to suppress Kremlin critics.

Another measure provides for a penalty of up to 20 years in prison for any Russian citizen participating in a conflict in a foreign country that goes against the interests of Russia.

Mr. Putin also signed a text providing for fines or even prison sentences of up to seven years for any holder of state secrets traveling abroad without prior authorization.

These texts are part of a battery of provisions adopted in recent weeks by parliament, and all that was missing was the signature of the Head of State to allow them to enter into force.

Since the start of the Russian military offensive in Ukraine on February 24, the Russian authorities have stepped up the crackdown on voices critical of power, blocking independent media and social networks.

Several Russians, opponents Ilya Yashin and Vladimir Kara -Mourza, but also ordinary citizens, have already been imprisoned for such reasons while awaiting trial.

A Muscovite elected municipal official, Alex ei Gorinov, was sentenced to seven years in prison last week for denouncing the assault on Ukraine.