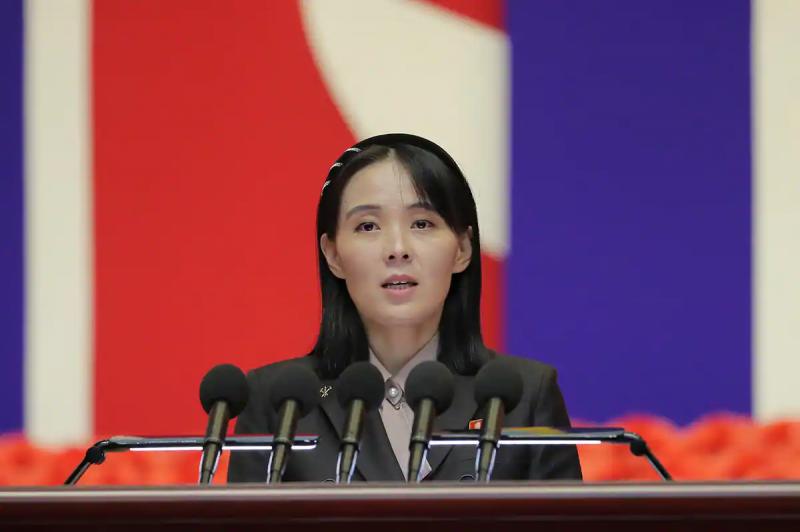 The powerful sister of North Korean leader Kim Jong-un on Friday rejected an offer of economic aid in exchange for denuclearization formulated by the South Korean government, calling it “a height of absurdity

Analysts said the chances of Pyongyang accepting the offer, first made in May by Mr. Yoon during his inaugural speech, were slim, with North Korea having since for a long time affirmed that she would never accept such a compromise.

This offer is a “peak of absurdity”, reacted Friday Kim Yo-jong, the sister of Kim Jong-un.

“When one thinks that the plan to trade 'economic cooperation' for our honor, [our] nuclear weapons, is Yoon's great dream, hope and plan, one wonders. nd realize that it is really simple and still childish,” she said, quoted by the official KCNA agency.

“It is clear that we are not going to sit face to face with him,” she added.

North Korea conducted a record series of weapons tests this year, including firing an intercontinental ballistic missile for the first time since 2017 .

Washington and South Korean officials have repeatedly warned that the North is preparing to resume nuclear testing.