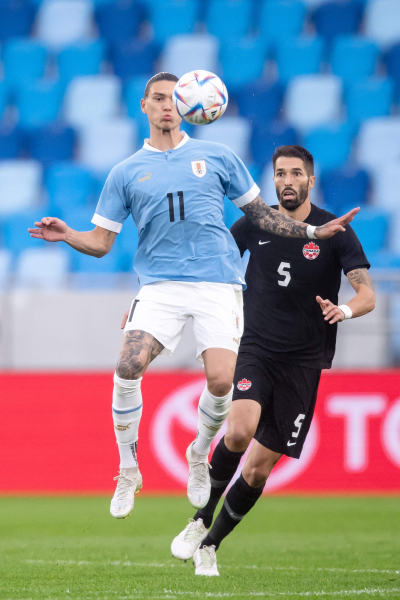 DOHA, Qatar | Canada is primarily recognized for its offensive firepower with players like Jonathan David, Cyle Larin and, of course, Alphonso Davies.

It's normal, the Canadians concluded the CONCACAF final qualifying phase with 23 goals in 14 matches, the highest total of the eight participating nations.

There is therefore a tendency to think that the Canadian defensive play is the weak link in this selection.

However, the Canadians also finished first in this regard with only 7 goals against in 14 games. They also collected seven shutouts. So how is the defensive brigade doing?

The one who can be described as the general of this defensive group, Steven Vitória, does not take offense at the fact that his group is neglected.

« It's not easy to qualify in CONCACAF we were first with the best defence,” he said.

“Things are different now, I don't care what was said. We just want to score goals and be the best we can.

This last sentence is meaningful since Canada seems to consider that the attack remains the best defense.

Nevertheless, when asked to clarify his thinking, Vitória indicated that the team was in a state of where she wanted to progress.

“We faced a lot of challenges, like playing at the Azteca stadium [against Mexico]. It's not easy to play in CONCACAF.

“So our defensive game has been tested. We are growing and we want to continue this growth with victories. ”

In this regard, Vitória maintains that playing against highly ranked nations in the world will help the team.

“We want to play against the better, that's the spirit of this tournament. We have the greatest respect for Belgium.

“We are not used to this kind of scene and we will face formidable opponents. ”

In addition, we are still swimming in the dark about the state of health of full-back Alphonso Davies and midfielder Stephen Eustaquio.

Ike Ugbo did nothing to dispel the fog being rather cryptic when questioned on the subject.

And when a colleague asked him what the reporters looked like, Ugbo made everyone laugh.

“&nbsp ;You look fit and sharp,” he said with a smirk.