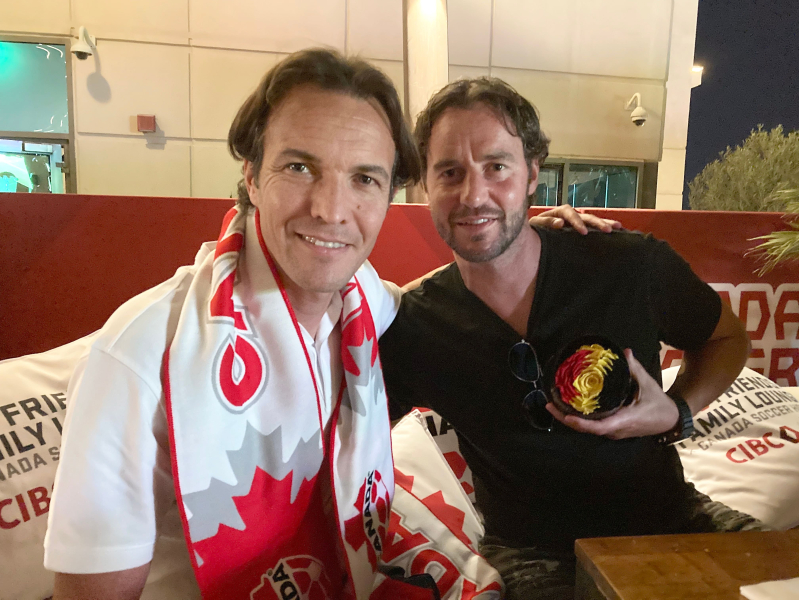 DOHA, Qatar | CF Montreal President Gabriel Gervais and Sporting Director Olivier Renard are at the Mondial to see two matches of their proteges with the Canada team.

Le Journal took a chance and went to meet them at Canada Soccer House, a temporary space set up in a hotel to bring fans together the day before and on match days.

It's the kind of place where beer flows freely on the edge of the pool, where there is a singer who sings local tunes and where poutine is served.

The tone was therefore set for an interview with a slightly patriotic flavor, even if it was mostly about the six Montreal representatives in the Maple Leaf squad.

“We wanted to come and encourage our six players who are here and support Canada,” said Gervais.

“I saw the six players, they worked so hard all the year to get into the team, the credit goes to them,” he continued.

“Not to mention my work, I have a different pride because for every player here, it's almost six different projects.

“Sam was already part of national team, Alistair Johnston continued to grow to be a vital player, Kamal Miller didn't play much in Orlando [in MLS] and he became a national team starter.

“&nbsp ;Ismaël Koné comes from the streets of Montreal, a year ago. »

For Gervais, who represented the maple leaf between 2004 and 2008, it's the culmination of a kind of dream.

“  tougher years with the Canadian team, but now they [the players] believe in themselves. The click happened in the last two or three years and that's what we were missing.

“In the years I played, we had good teams and good individual players. But if I look at it very honestly, did we believe that we could one day qualify for the World Cup? It's hard to say. »

And in addition to the six Bleu-Blanc-Noir players, there are in this team of people he likes and that he rubbed shoulders with as a player.

“I have a great attachment to the current team. Beyond the six players we have, there are Mauro Biello and Jason DeVos who are assistants, who are former teammates, and there is Atiba Hutchinson, the captain, who I played with.  »