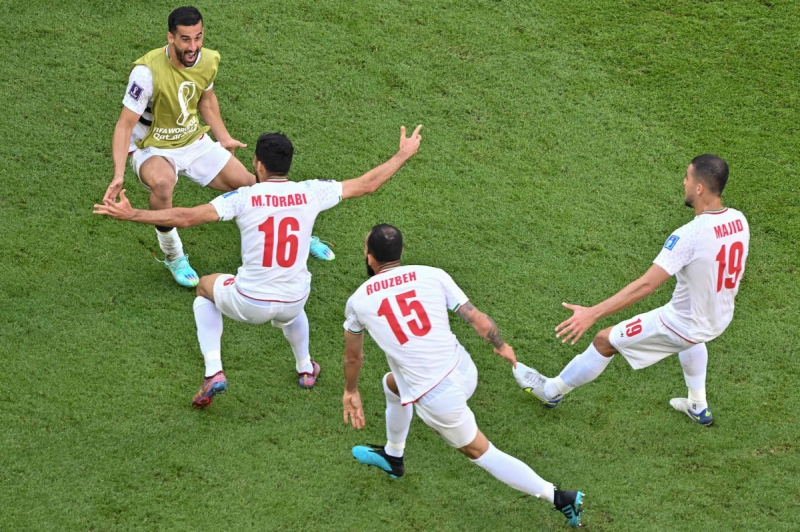 The Iranians, who this time sang their national anthem with their lips, savored a 2-0 victory against Wales on Friday at the Stade Ahmed Ben Ali, at the FIFA World Cup. soccer.

After suffering a 6-2 thaw against England, Iran climbed into second place in Group B and in the hunt for the round of 16, with 3 points, before facing the United States, tuesday. The last time these two nations met in the World Cup, in 1998, the Iranians caused shock waves by winning 2 to 1.

Iranian fans may have The representatives of their countries must be motivated by their loud encouragement, as these dominated the meeting. However, they had to wait until the 98th minute to reap the rewards, when Roozbeh Cheshmi threaded the needle with a magnificent strike. Ramin Rezaeian sealed the outcome of the match three minutes later after a block.

“You have to thank our players, they deserve respect and to be respected. We are playing for the fans,” said Iran head coach Carlos Queiroz from Portugal.

The first red card of the tournament, awarded to Welsh goalkeeper Wayne Hennessey in the 86th minute for a dangerous outing past Mehdi Taremi, helped Iran well, as did the return as a starter of their star striker Sardar Azmoun.

It was he who was the most dangerous, especially when he hit the post before heading a shot from Ali Gholizadeh, who had hit the other metal rod, in the 51st.

Before that, he had come within a hair's breadth of scoring with a close-range cross and set the table for a 15th-minute Ali Gholizadeh strike, before the goal was disallowed due to an offside. Game. Despite this warning, Wales were never able to turn the tide of the game.

With only one point, the Welsh are in trouble before facing England on Tuesday. The Three Lions could qualify on Friday if they win against the Americans.

– To return to the national anthem, the Iranian eleven sang it timidly, after remaining silent at the same occasion during his duel against England, in support of the victims of the demonstrations in his country. This time, he could have been cooled by the arrest on Thursday of Voria Ghafouri, a former Iranian international who supported the demonstrations against the power in place.