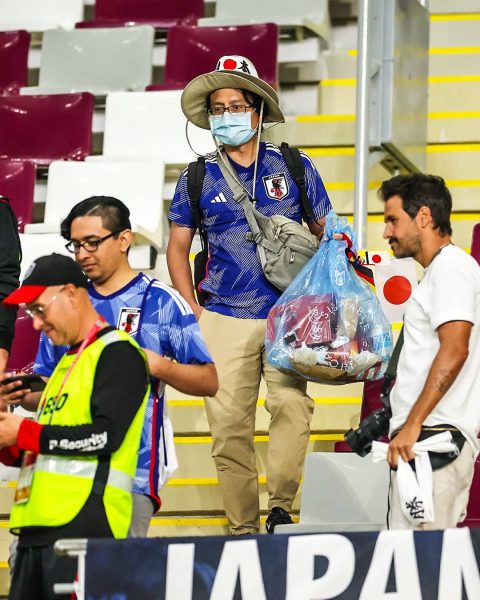 Japan's move to the Qatar World Cup doesn't go unnoticed. Indeed, supporters of the “Samurai Blue” have marked several Internet users while cleaning the stands of the stadium after the victory of the national team against Germany this week.

The Japanese tamed their rivals with a historic victory of 2 to 1. If this feat has marked the imagination, the behavior of the supporters has also managed to attract attention, on social networks. The fans, equipped with trash bags, were filmed at the end of the match cleaning up.

Even after a famous win at the World Cup, Japan fans stayed behind to clean up ❤️ pic.twitter.com/BJnGEQWs6s

They were even seen picking up litter during the opening game, which pitted Ecuador against Qatar. “We respect the place,” explained a woman.

“Japan can beat you up and clean up afterwards, erasing all evidence from the crime scene,” this netizen wrote.

Japan will beat you and clean up the whole place, leaving the crime scene with no evidence

The state of the Japanese team's dressing room also testifies to its great class.

This is how Japan left their dressing room after their historic win over Germany yesterday.

They also left behind 11 origami cranes, a symbol of honor ❤️🇯🇵 pic.twitter.com/yze7pt76Oc

The place was very clean. Players even left behind 11 origami cranes.