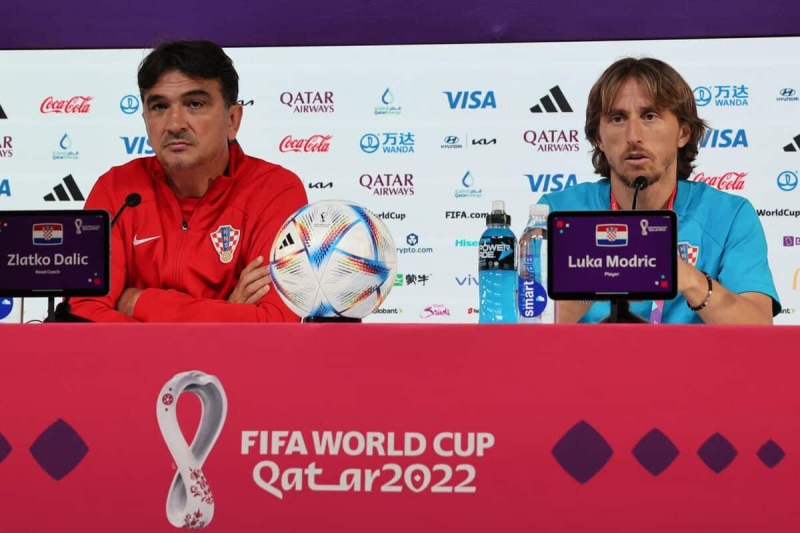 DOHA, Qatar | As well say it before we start, we never learn much in a press conference of the Brazil team. We are often more into anecdotes and gossip.

Do you want an example ? A journalist pointed out to coach Tite that there was a cat at the team's training center the day before. He asked him if the feline would become the new mascot of the Seleção.

Usually stoic, Tite got carried away in a dramatic way by pointing to the person in charge of communications of the team.

“You should ask him, he was the one trying to chase the cat away while we were answering questions. »

That's pretty much the depth of the questions that were put to Tite and Danilo, who sat to his left.

So for the content, we had to turn to Croatia who had delegated coach Zlatko Delic and midfielder Luka Modric who no longer needs an introduction.

Croatians know what it is to be in the quarter-finals since they were finalists against France four years ago. But this match against Brazil, they would have waited longer before playing it.

“It will be our most demanding part, recognized Delic. I can't compare it to our game against France in the last World Cup and I would have preferred such a tough game to come later in the competition.

Modric doesn't bury his head in the sand, he knows his team is neglected despite being finalists four years ago.

“Of course the Brazil are favourites, of course. But history has also shown that favorites can lose so we don't worry about statistics. »

It is already a feat to reach the World Cup final for a small nation of less than four million inhabitants like Croatia. Now she is back in the quarter-finals despite a change of guard.

“We have 18 new players who were not at the World Cup four years ago. In 2018, we had players who had been together for ten years,” Zlatko Delic remarked.

“We need time to build some form of unity so to still be here is great. Our new national team has yet to prove itself and the World Cup is a very good place to do so.

Luka Modric understands the context and certainly appreciates the team's journey, especially since at the age of 37, he may be on his last lap.

< p>“We have already achieved something good by reaching the quarter-finals, but we want more, we must not just be satisfied to be there. »

Brazilian coach Tite has been criticized for celebrating his team's goals with his players against Japan. We saw him dancing on the sideline and it was disturbing.

“It's our way of celebrating when we score a goal, it's not a lack of respect and we'll continue to do things our way,” he insisted, adding that it was a way of bonding with his young players.

“I think it's a connection I have with the younger generation. I am 61 years old and I have worked with players of 20 or 21 who could be my grandchildren. If I have to dance to relate to them, I will keep dancing.

Zlatko Delic was polite in his commentary on his opponent's moves, but the implication was clear.

“They have their own way of celebrating, they show their character and their traditions. Is it a lack of respect towards the adversary? I can't say, but I wouldn't like to see my players celebrating like this. »

Interesting little detail in the game of Brazil, we have not yet seen the same formation twice in the first four games of the team.

“It doesn't matter the formation, everyone works the same way in training and the credit goes to the technical staff because when a player enters the field, he knows exactly what he has to do”, specified Danilo.

This one is a good example of this versatility since it is a bit like Tite's Swiss army knife who uses him sometimes as a full-back and sometimes as a midfielder.

And Tite's assistant, Cléber, has indicated that his team will be able to unlock the Croatian midfielder, one of the best in the world.

“ We have highly technical backgrounds. When we impose our rhythm, it's not only in the passing game, it's also in our way of marking the opponent. »