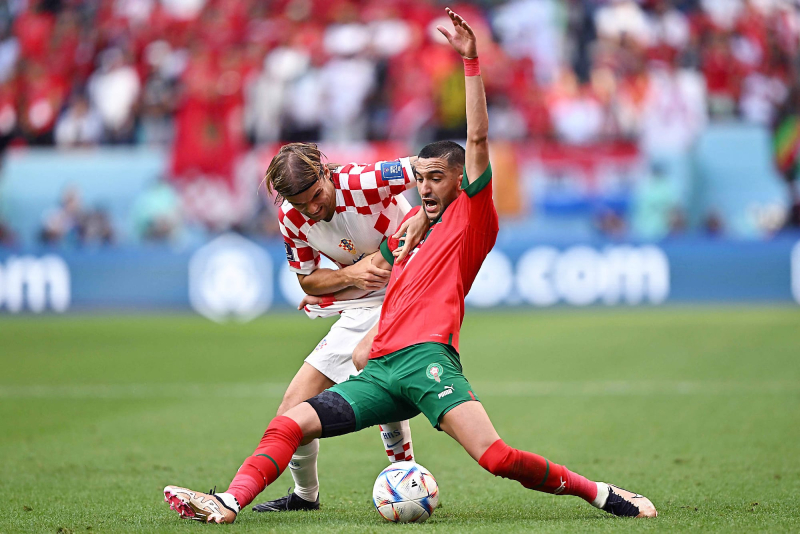 DOHA, Qatar | In the first match of group F, in the afternoon, we did not do a master between Morocco and Croatia, who drew 0 to 0.

The two opponents waged a real trench warfare where everything went through a very closed midfield because no one wanted to make mistakes.

There were physical struggles for every inch of turf in either side of the center line.

And for those who think that soccer is not a physical sport, we invite you to find the replay of this meeting. There were almost as many shoulder shots as in a good hockey game.

It made for a very tight spectacle of fast-paced play that left you on the edge of your seat with the tension.

But in the second half it mostly turned into a sterile game.

As mentioned, the game was tense for 90 minutes and there were few chances on either side.

The Croats had the best chance of the first half in stoppage time, but it ended with a superb save from Yassine Bounou.

The second half was slightly more open, but the battle continued for another 45 minutes.

Morocco also took advantage of a good chance shortly after the hour mark when Achraf Hakimi made a superb free kick which was brilliantly stopped by Dominik Livakovic.

This first meeting suggests a very tight group where anything can happen.

Indeed, it was in the tactical game that everything took place with very little room to operate and that could be interesting for Canada, which will have to find a way to play quickly against its next two opponents.

Croatia will be the next opponent of our representatives on Sunday. Morocco and Belgium will meet a few hours earlier.

What we can say is that nothing is likely to be settled before the last day of action, December 1st.