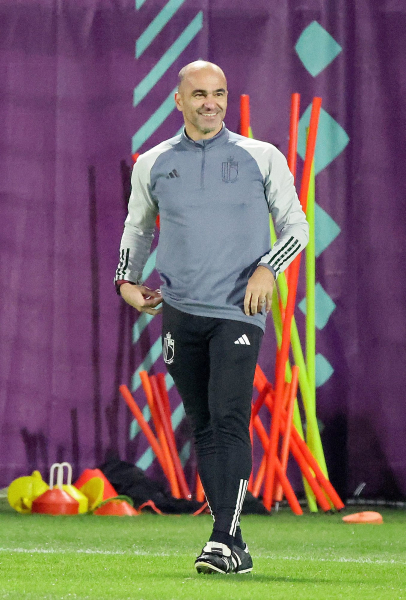 Belgium is getting old and for this team that we associate with a golden generation, it is starting to get late.

The “Red Devils” have beautiful prancing at the top of the FIFA rankings for several years, they are still in search of a precious trophy.

In Brazil, in 2014, they came up against Argentina in the quarter-finals. In Russia four years ago, they came close to the dream, but their journey ended in the semi-finals against France, who would win the World Cup a few days later.

“Every time you qualify, you think you can go far, whether we have a new generation or not,” said coach Roberto Martinez.

“You have to be pragmatic, we have three games ahead of us. There are two World Cups in one, there is the group stage and then the knockout stage. »

While there was hope among supporters and the Belgian media eight and four years ago, the mood is less cheerful this year. We have the impression that the national team could miss out on its tournament.

Veteran of the defensive brigade, Jan Vertonghen is not at all shocked and even assured that he understood the reaction in the flat country.

“I understand the doubts and uncertainties because some of our leaders no longer play for the national team and we miss them. But there are players who replaced them.

“If you had asked me the question two years ago, I would have had my doubts, but I have seen the young people emerging and they excite me enormously. “

At the same time, he recognizes that it was especially in 2018 that the team missed something.

“We had an exceptional team, the level was exceptional and everyone was in good shape,” said Vertonghen.

We learned a few days ago that striker Romelu Lukaku will miss the start of the World Cup with a left hamstring injury.

It's a big piece that the Belgian attack will miss as the 29-year-old has registered 65 goals since his international debut with his national team.

Coach Martinez maintained that he expected Lukaku to be absent in the first two meetings of the group stage.

“He's progressing in the right way. We don't know when he will be able to play, but we are aiming for the third game at the moment. »