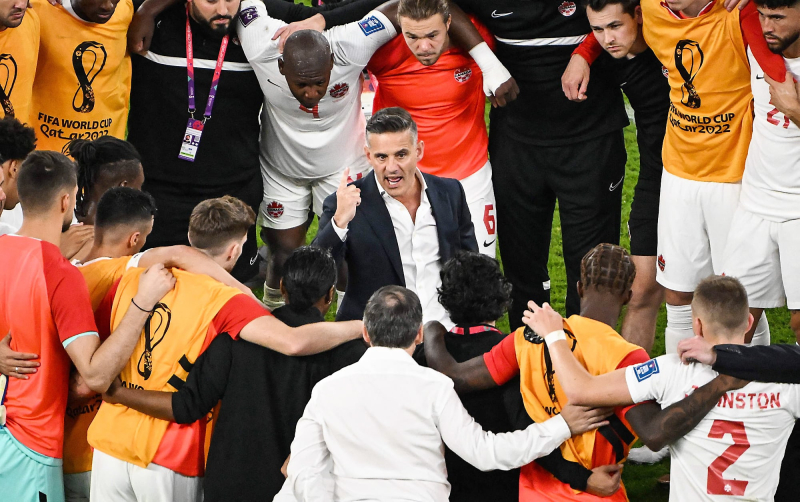 DOHA, Qatar | John Herdman has not said his last word. In fact, it's only just begun. The Canada coach was even very clear about his plan for the next match.

“I told the guys that they had their place here [at the World Cup] and that we are going to pulverize Croatia [Sunday], it’s as simple as that. That's our next job,” he said after the 1-0 loss to Belgium on Wednesday.

It couldn't be clearer. And Alphonso Davies, who missed a penalty shot on Wednesday, is just as determined.

“We will fight until the end,” he insisted, in front of the television cameras.

In the days leading up to the clash, Belgium coach Roberto Martinez threw many flowers at Canada.

It was probably out of politeness, but after Wednesday's performance by the guys in white and red, he seemed genuinely impressed.

“Canada has a lot of speed and we should have been better. Our experience and the quality of our goalkeeper allowed us to win, he analyzed.

“Canada was better than us, but at the end of the day winning is more important than playing well. We have to be realistic: against a bigger team, we would have lost this match,” continued Martinez.

So things are getting complicated for Canada, who practically need to win their next two matches if they want to continue their route to the round of 16.

“The group stage is far from over if you take into account the result between the Croatia and Morocco [0 to 0]”, Herdman insisted.

He drew on his experience with the women's national team to try to put things into perspective and reassure everyone.< /p>

“We have another chance. I lost my first match in London in 2012 and days later we won our first Olympic medal since 1936.

“We put on a great performance and we should have gotten the three points. I'm proud of this performance, we made our fans proud and we showed that we belong here. »

Centre-back Steven Vitoria believes the team should have had a better fate than a defeat following the night they had.

Vitoria concedes that Belgium's goal was hard to digest, as it came against the run of play and late in the half.

“It's hard to take, but we know that at this level, we have to take our chances because we will give them half a chance and they will take advantage of it. It was a good ball, our defensive line was high and they took advantage of it.

In his eyes, we should not worry about the lack of finishing of the Canadians. Vitoria believes he and his teammates must continue to deliver the same kind of attacking effort.

“The important thing is to create chances against a world-class team. By continuing to push, it will come naturally. »