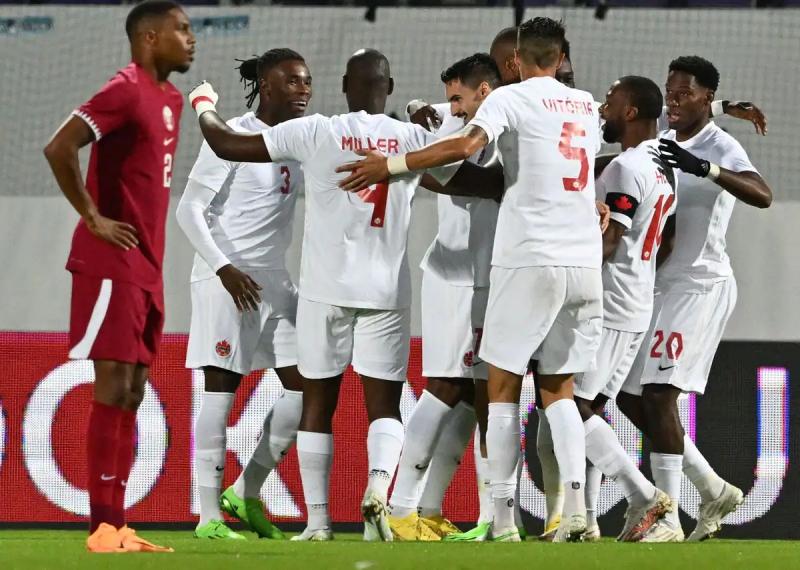 Canada started the international window well with a 2-0 win over Qatar at the Generali Arena in Vienna on Friday.

The Reds struck fast, scoring their two goals in the first quarter of an hour.

Cyle Larin opened the scoring in the fourth minute while a very opportunistic Jonathan David jumped on a comeback to double Canada's lead in the 13th minute.

The Canadians, 43rd in the FIFA rankings , gave up little space to the Qataris, who are ranked 48th in the world.

This was Canada's first game against an opponent from outside the CONCACAF zone since March 2018. Canada will play its second World Cup pre-season game when it takes on Uruguay on Tuesday in Bratislava, Slovakia.

Canada were never really bothered in this match and could have won a more convincing victory, according to Samuel Piette.

“We didn't really know them, we had only seen bits of matches from the Gold Cup. We would have preferred to score more goals, but it's a solid performance from us,” noted the midfielder.

“We gave a good defensive performance with the shutout and we were good overall,” added coach John Herdman.

There was a small moment of worry in the second half when Alphonso Davies fell to the ground, visibly injured in his left knee.

He was able to get up and hobbled back to the bench, but Herdman s wanted to be reassuring.

“We evaluated Alphonso on the bench and it doesn't seem too worrying.”

< p>Five members of CF Montreal are part of the Canadian selection and number, only centre-back Joel Waterman did not see action.

Coming in to relieve Piette, Ismaël Koné was able to demonstrate his offensive talent by bringing a lot of dynamism to the attack.

Defenders Alistair Johnston and Kamal Miller played the whole game and were solid from start to finish. Miller came close to making it 3-0 when he hit the crossbar late in the game.