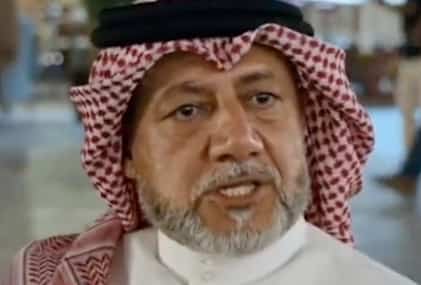 The German Interior Minister on Tuesday criticized the statements of a former Qatari player, “ambassador” of the 2022 World Cup, who called homosexuality “mental damage”, 12 days from the start of the competition (November 20 to December 18).

“Such statements are horrible”, lamented Nancy Faeser, during a press conference in Berlin.

This Qatari “ambassador” of the World Cup, responsible for promoting the event, was interviewed by the German public broadcaster ZDF.

“During the World Cup, a lot of things are going to happen here in the country. Let's talk about homosexuals,” said Khalid Salman, a former Qatari international.

“The most important thing is that everyone will accept that they come here, but they will have to accept our rules,” adds Ms. Salman, in this excerpt from the interview which will be broadcast in full on Tuesday evening on ZDF.

Homosexuality is 'haram'' (meaning 'forbidden “, Editor’s note), he believes. “It is haram,because it's mental damage,” adds Mr. Salman, before being interrupted by a press officer.

The controversial comments from World Cup Ambassador Khalid Salman came in an interview for German television, in which he called gay people 'haram' and said they have 'damage in the mind'.

Asked by AFP, the organizers of the World Cup did not react immediately.

Ms. Faeser, however, affirmed that she remained confident in the security guarantees for the spectators of the 2022 World Cup, obtained from the Qatari Prime Minister during a recent trip to the country.

“C' is the prime minister who gave them to me, I have no new indications from him that anything has changed,” the minister observed on Tuesday.

Visiting Qatar last week, Ms. Faeser said she had obtained “for the first time” “safety guarantees” for all spectators, including LGBT + visitors, in a country where same-sex sexual relations are criminalized. .

She had immediately decided to attend Germany's first match at the 2022 World Cup, against Japan on November 23.

The Emir of Qatar Sheikh Tamim ben Hamad Al Thani had assured on September 21 that all supporters would be welcomed “without discrimination” during the competition organized in his country (November 20 to December 18), in an apparent desire to reassure about the reception of LGBT + visitors.

FIFA had reaffirmed that rainbow flags, symbols of the LGBT+ community, would be allowed around stadiums.

The captains of several European teams – including those of England, France and Germany – will wear rainbow colored arm bands n-ciel with the message “One Love“, as part of a campaign against discrimination.