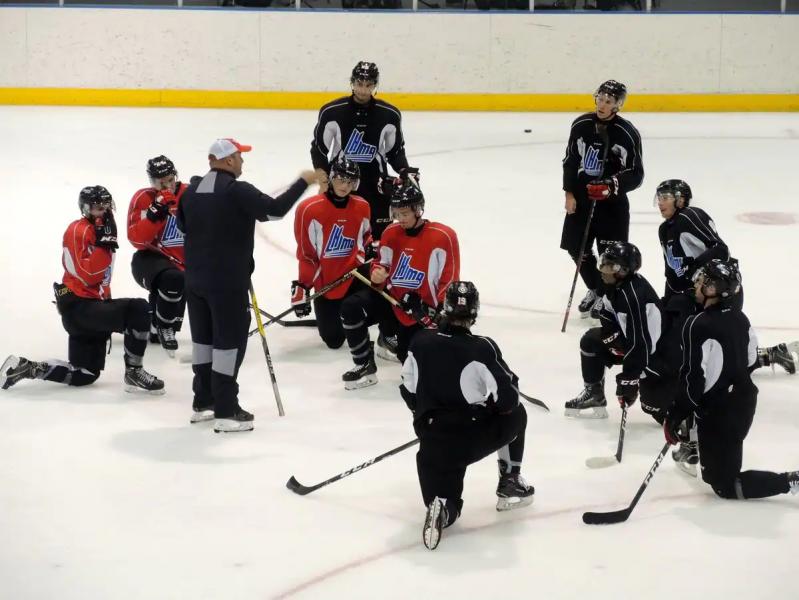 Thirty hopefuls from the Quebec Remparts will try to impress this week at the rookie camp presented on the ice of the Pavillon de la Jeunesse.

The majority of players will then return home, after rookie camp, since only 35 players will participate in the 26th training camp in Remparts history, which will begin on Saturday.

Of these 35 places, 26 have already been filled by veterans and guest players.

Head coach Patrick Roy makes no secret of it, there are few places for the youngsters of the Red Devils.

“It's an important week for us,” he said. We must evaluate them well and see their progress. There may be a spot or two in the squad with captain Théo Rochette returning as a 20-year-old. On defense, a youngster might manage to sneak past. We still have six returning defenders, if I include Mathieu Wener. On offense, we are complete.”

“It's important for young people to do well this year, because next year, there will be a lot of places for them, added Roy. However, we will never prevent a player from coming to surprise us.

In front of the net, William Rousseau will be the number one goalkeeper. Mathis Fernandez and Quenton Miller will fight in a few days for the position of substitute.

For his part, Patrick Roy's new assistant, Simon Gagné, was feverish on Monday. In his junior career, 25 years ago he wore the colors of the late Harfangs de Beauport and the Remparts.

“Sunday I was a little nervous,” he said. It's a bit funny to say at 42 for a junior camp with the Remparts. It's a good “feeling”. I can't wait to get on the ice. I went through the same path as the young people. They may ask themselves a lot of questions, but they will have answers soon […]. Anything can happen in a training camp, but I think we're going to have a very competitive team.”

Roy and Gagne will be deprived veteran Nathan Gaucher, who is with Junior Team Canada. They had good words for the Anaheim Ducks' first-round pick in the last draft.

“It's a great experience for him,” said Patrick Roy. What I admire about Nathan is his character. He knew he would be the 13th striker. For him, it's the team that comes first.”

In 1999, Gagné represented the country at the Junior World Championship. He was the 13th forward before climbing the ladder.

“I experienced the same thing as Nathan, noted Gagné. Anything can happen in a tournament like this. No matter how many minutes he will play, he will acquire an extraordinary background that he will bring back with the Remparts.”

A pride for the whole family

Even if they didn't hit the ice before Tuesday, smiles were on all the faces of the Remparts' prospects who were accompanied by their families to collect their equipment and take an official photo.

Several players surveyed let it be known that they wanted to make sure to leave a good business card for head coach Patrick Roy, even though they know that the number of places is limited for newcomers.

This is the case of Justin Duval, a 6'5″ and 165 lb forward selected in the fifth round by the Remparts in the last draft. The colossus of Mirabel was accompanied by his parents.

“It’s an experience that will make me grow in everyday life, said Justin Duval. I am stressed and excited to present myself in an organization like Quebec. (…) I want to shuffle the cards and stand out on the ice.”

His father, Steve Duval, is proud to see him evolve with the Red Devils.

“Seeing that he's with the Remparts is even more exciting,” he said. It's a great organization. We walked around the arena before entering and looked at the different statuses of former players. It's impressive.”

“We had already come to Quebec for the pee-wee tournament, three years ago. Justin had won and he had been voted player of the match. In Quebec, we have beautiful memories. I often say jokingly that this is where he began to build his legend and it has to continue,” he added, laughing.

Justin Duval's mother, Brigitte Mann was particularly happy with how far her youngest son has come.

“As a parent, it's really exciting,” she said. It makes us live beautiful emotions. It's a great accomplishment and we're proud of him.”

The 30 Remparts hopefuls, who will take part in the rookie camp until Friday, will jump on the Youth Pavilion ice rink on Tuesday. A dozen of them will then be able to take part in training camp with the veterans in a few days.