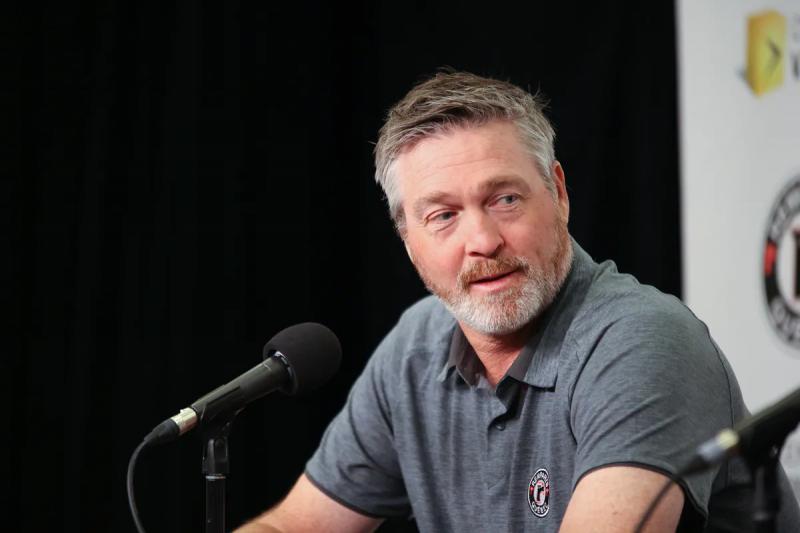 Patrick Roy would have liked the Canadiens to be “more involved” with QMJHL players during the last draft.

At a press conference this morning, the director general and head coach of the Remparts did not harshly criticize his former team, saying he was rather “mixed”.

But he said he found it “a bit funny” that the only player in the league selected by the Canadiens was selected in the seventh and final round.

Miguël Tourigny, a 20-year-old defenseman who recently played for the Acadie-Bathurst Titan, was called up to 216th overall by the Montreal organization. He was the very last choice of the Canadian.

Friday, at the end of the two days of repechage, the director of amateur recruitment of the CH, Martin Lapointe, had declared that the organization “loves [the Quebecers]” and that it “wants them”.

“But it doesn't always work. The timing was not there, he added. We tried to advance in the first round.

In addition to the first choice, the Canadian held the 26th selection in the first round. Forward Nathan Gaucher, of the Remparts, was chosen 22nd by the Anaheim Ducks, which suggests that he had been targeted by Montreal.

The importance of the Nordiques

Roy recalled that when he was a player, the Nordiques were always in Quebec, and that this gave more opportunities for QMJHL hockey players to be recruited by a team locale.

“I think it's always been important to have two teams in Quebec,” he said. It gave our players an opportunity to get drafted and have the chance to play for their favorite team. There are some for whom it was the Nordiques, others for whom it was the Canadian. of his circuit, namely Gaucher, Noah Warren and Tristan Luneau. In total, 19 QMJHL players were called up in the draft.

“I'm happy to see that the door is open for our players and that they're getting drafted. “, mentioned Roy.

A duty in the junior

The latter also underlined that the teams of the Courteau circuit find it important to select local players during their own draft session.

“We drafted one more this year, a guy from Quebec, pointed out Roy. Rimouski makes it a point to draft guys from their region. This membership is important. It is also a mark of respect towards the people who come to the arena to ensure that they can see local players.