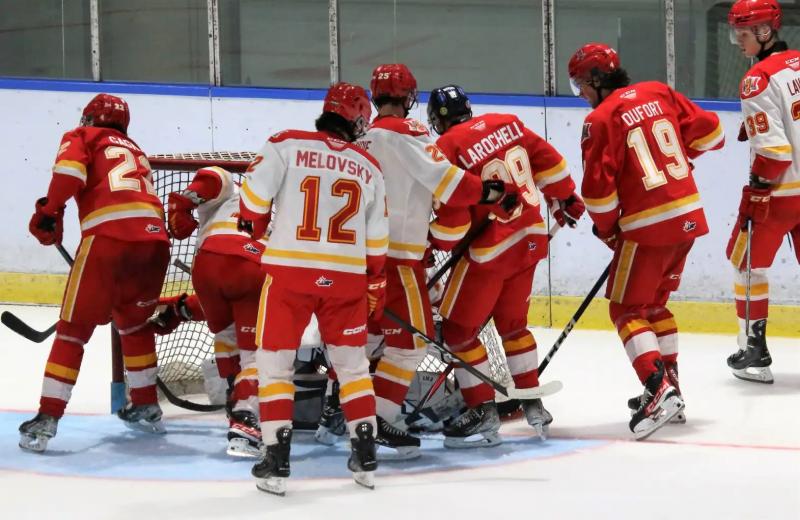 BAIE-COMEAU – The Baie-Comeau Drakkar made its first official cuts on Saturday, when it removed 11 athletes involved since the start of its training camp.

Team management thanked a total of eight attackers, including two named after Mathis Baril, as well as two defenders and goaltender Zach Tremblay.

After jumping on the ice at the Henry-Leonard Center earlier this week, the aspirants to the various positions were not bored with several training sessions as well as three intra-team games. < /p>

General manager and head coach Jean-François Grégoire also appreciated the attitude of his protégés. “I'm very happy with the intensity displayed on the ice and the level of competition,” quickly admitted the manager.

In his third camp as head coach, Grégoire is setting up a first positive result. “We feel that young people are ready and want to find a place for themselves. On the other side, the veterans want to consolidate their position and this looks very encouraging. »

The club's first choice (4th overall) in the last draft, forward Justin Poirier was quick to get noticed for his offensive talents. The 16-year-old skater hit the target in all three intra-squad games in addition to scoring a hat trick in Friday night's game.

“He's a natural scorer, who likes to do the difference in a match, but beyond his goals scored, it was his commitment to the 200 feet of the ice that left a very good impression on me,” added the ship's pilot.

The three 20-year-old veterans, goalkeeper Olivier Adam, defender Marc-Antoine Mercier and forward Xavier Fortin quickly assumed their role as leaders during the first days of work…Recently landed on Baie-Comois soil, the Czech Matyas Melovsky did just as well during this inaugural week…In total, 35 players are still active in the Drakkar camp, which will play its first exhibition game next Wednesday, when it will visit the Saguenéens of Chicoutimi.