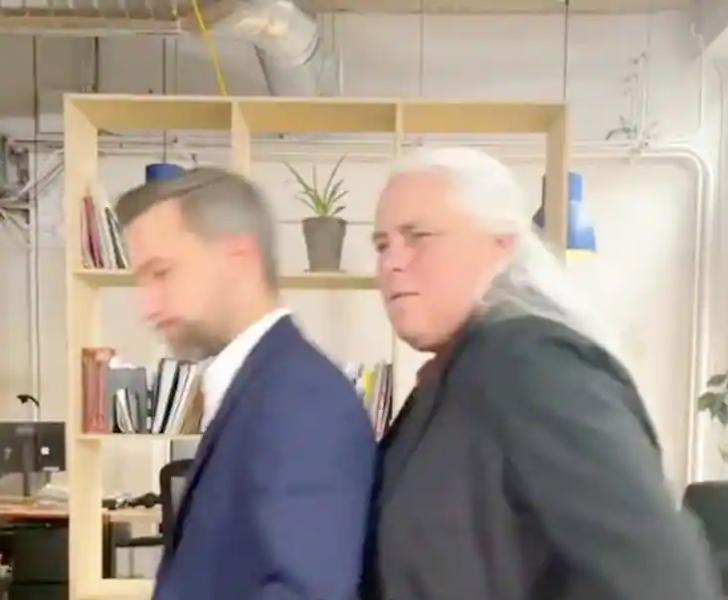 This week, there's a QS video that didn't go through like a letter in the mail. Not that of the stolen leaflets but that of Gabriel Nadeau-Dubois and Manon Massé doing a little dance on a rap.

What irritated me the most in this TikTok video, this is not only the degrading side for women of the song on which the QSists jiggle: it is the great vulgarity and the extreme debility of the lyrics.

Seriously, the QS spokespeople got their ass kicked on a song that begins: “Open the door, I have to shit, Tab…”?

L he author of these lyrics is not “the most thawed pogo in the box”.

It is clear that GND and Manon Massé wanted to show how “close to young people” they are. Despite his clean jackets and neat little hair, GND wants to show that he is “BFF” with 18-34 year olds.

But if he had passed the words of Hit You With The Blickin Google translate, he would have realized that he was doing a little dance on a song that treats women like meat.

At QUB radio, I had fun translating into French the Lyrics of the song. The problem is, I can't transcribe them here in full because we're a family journal.

So let's go with an ellipsis…

Not very feminist and progressive at all.

GND was offended that at Face-à-Face it was “forced” to use the “n-word” as it appears in the title of Pierre Vallières' book. But he has no problem with “the word in b”? In the song, the word bitch appears eleven times.

The lyrics of this rap are so silly, there are so many rap clichés demeaning to women, with a “f…k” every two words, that it looks like a parody.

If GND and Manon Massé found themselves on TikTok, it was at the invitation of comedian Emna Achour who defines herself as “Feminist comedian anti-racist and green”.

On Twitter, she takes great care to include her pronouns (elle-she-her) so as not to be misgendered and she uses inclusive writing in her video TikTok to explain that she wants to break the myth that “politicians don't care about young people, they are flat and disconnected”.

It's still ironic that a comedian who is so “politically correct” that she uses the word “iel” has no problem with a rapper who calls women bitches. I guess it's easier to denounce white patriarchy than the patriarchy of “racialized people”.