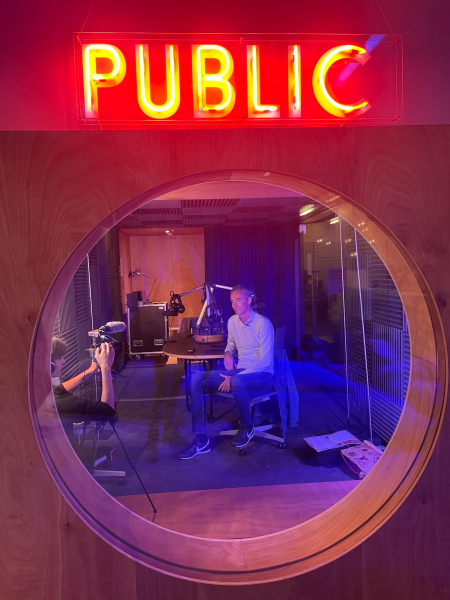 Players from the podcast and digital audio ecosystem are gathered until October 23 in France for the Paris Podcast Festival. This is the most important event for the French-speaking podcast community.

For this 5th edition, Canada is in the spotlight, and QUB radio is doing well there with, among others, the premiere of the new investigative podcast series Post-Mortem, featuring Youtuber and author Victoria Charlton. In this first season true crime, Victoria examines the unsolved legal history of Roxanne Luce, murdered in 1981 in her apartment in Longueuil. During the Paris Podcast Festival, Victoria Charlton participates in a round table on the discovery of true crime in Canada. She is accompanied by Maude Petel Légaré, producer of the podcast Syntheses: Le cas Catherine Daviaux, from QUB radio and Transistor Média. Moreover, the 3rd season is nominated for the official competition of the Paris Podcast Festivalin the Francophone Podcast Award category.

Comedian and podcast creator Gabrielle Caron is also featured at the Parisian event. She recorded in front of an audience a new episode of the third season of I made a human, also from QUB radio. In this special episode, Gabrielle Caron and Clémentine Galey, the creator of the podcast Bliss-Stories, discuss the differences between French and Quebec motherhood.

The Paris Podcast Festival is taking place at La Gaîté Lyrique in Paris until October 23.