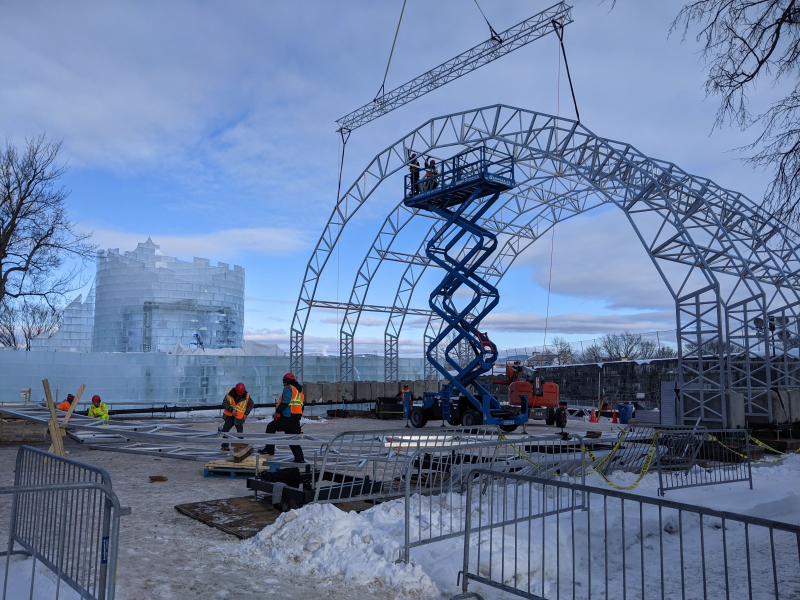 The Quebec Winter Carnival promises a festive atmosphere at Bonhomme's Palace from February 3 to 12, with several new features.

Under the theme “Bonhomme's Laboratory”, carnival-goers will be encouraged to play and explore the Quebec winter, in particular with the Ateliers de l'Orchestre de glace. < /p>

The palace will be divided into several large experiential rooms that will stimulate the senses. They will also lead to a huge backyard where the dome will dominate, allowing large-scale musical evenings to be held.

In the meantime, preparations are well underway on the train where media representatives were invited on Thursday morning for a site visit.

It will take around 14 days to build the famous palace.

The different parts of Bonhomme's ice palace are assembled using the help of water which, by freezing, cements the different blocks together. As for the dome, it will be able to hold 2,000 people at a time. The heated stage will ensure the comfort of the artists.