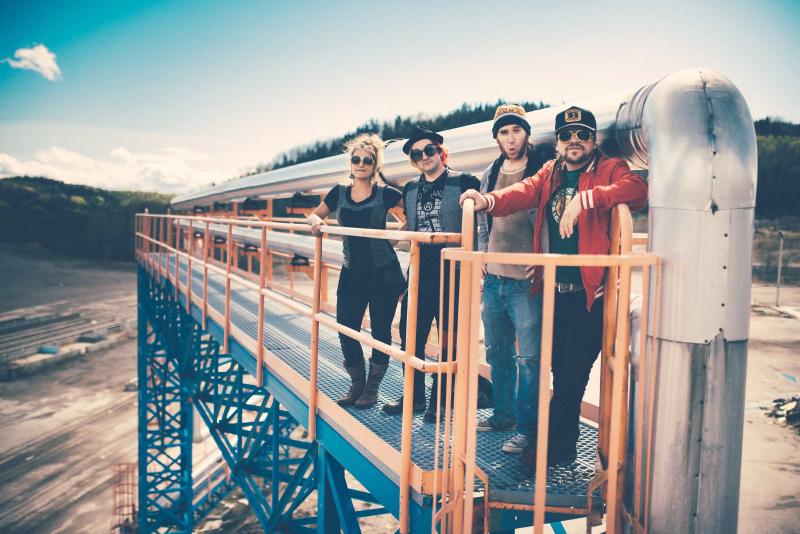 After almost three years of inactivity, the Quebec Redneck Bluegrass Project is back on the road. A tour across the province, where the eclectic quartet will bring their legendary snowmobile Pantera Arctic Cat Triple 800.

The quartet which mixes folk, punk and traditional music did not perform during the pandemic. He could have, but he didn't want to dilute his product of a particularly festive nature.

“Our relationship with the public is so intense. It dances and it's boosted. It's crazy all the time. We didn't want to compromise and that would have been impossible in a context of a reduced room and distancing. We didn't want to lose our identity,” said Nicolas Laflamme (Captain Cool), during an interview.

The tour The great Pantera summer trip has begun on June 23 in Saint–Lazare and will end on September 24 in Joliette. Between these dates, the QRBP will make stops at the Festif! in Baie-Saint-Paul, at the International Rhythms of the World Festival, at Club Soda, at the MTelus and at the Festival de la Poutine.

“We're pretty stiff. We're feverish and we're freaking out. Contact with the public is, for us, something fundamental,” he said.

The band will travel aboard their Bacchus tour bus.

“It had been two years since he fired. Friends have evaluated and renippé him and he passed, without problem, the examination of the Société de l'assurance automobile du Québec”, he indicated.

In the series Léo

And the snowmobile, the Pantera Arctic Cat Triple 800< /em>, which will follow in the pickup of singer and guitarist Jean-Philippe Tremblay (Le Pad), will be at the center of this series of shows.

“It will serve as a stage set. We can go solo on the ski-doo. We had brought it once to Chicoutimi, and the world had turned upside down,” laughed Captain Cool.

This snowmobile is at the center of a song that we find on the album Royal Réguine and which can be heard in the fourth season of the show Léo on Club illico.

“I wanted to wink at season 1 where Leo goes to Montreal. I thought of them. I like them a lot and I think it's a very good song. They're not a band you often see in things like this chasing visibility. I was very happy that they accepted. I receive a lot of messages from people who ask me what the tune is, “said Fabien Cloutier, the author of the series.

Nicolas Laflamme bursts out laughing when he was told the words of Fabien Cloutier.

“It's super cool and super flattering for a band like us that isn't mainstream and conventional. You couldn't say no to that,” he said.

With five opuses to his name, including the latest, J'ai bu, released in December 2020, in the midst of a pandemic, the Quebec Redneck Bluegrass Project is evolving outside of traditional niches.

“Each artist takes [the path] they want. We do things our way and we are very well served that way. We see, year after year, the growth of the group. We define ourselves, again, as an underground group. We are super close to our audience and we want to be ourselves. It's our way of doing it,” said Nick The Flame.