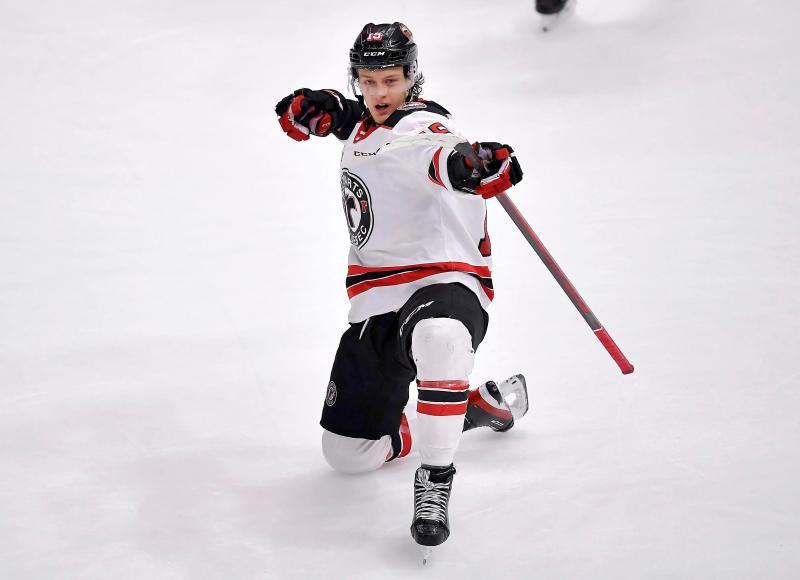 On the one hand, Zachary Bolduc is happy and excited to return to Quebec for another promising season for the Remparts. On the other hand, he is disappointed not to have been able to show his true colors to the St. Louis Blues.

While it seemed in the Blues' plan to offer Bolduc a real chance to show off with the big club and, perhaps, even start the NHL season, his return to Quebec at the end of last week came as a bit of a surprise.

But Bolduc had a very clear explanation of the reasons for his return to the Remparts.

“To be honest with you, I didn't know the side that I could have known. I know I can be better than what I have done. I am learning and I am still young, at 19 years old. I learned a lot from being around guys like Ryan O'Reilly or Colton Parayko. I may not have had the camp I would have hoped for, but I think I learned more than last year. »

ECJ in the crosshairs

When it came time to return him to Quebec, the Blues took the time to set specific goals with Bolduc for the season coming soon.

“I have to play with more rhythm and keep it throughout the game. I can't take rest attendance. They also want me to focus on the defensive side of my game, to be more involved. […] They also gave me the goal of earning a spot for the World Juniors. They think I can do it and I know it too. It will be important for me to have a good start to the season and to play at the height of what I am capable of. »

After a busy summer, during which he was drafted in the first round by the Anaheim Ducks, participated in their development camp as well as the main camp, in addition to winning gold with Junior Team Canada, Nathan Gaucher is finally back to a place where he can settle down for a few months: Quebec.

“It feels good. Even our boarding family is happy to see us again, James [Malatesta] and me. To settle in a place, to put away my laundry and to be able to sleep in the same bed, it will be good. “

Like Bolduc, Gaucher returned from Anaheim with a wealth of experience that he hopes to use this season.

“There, you see the difference with the guys that it's been 15 years playing pro. I played with players like Jakob Silfverberg and Maxime Comtois and the important thing is really not to make turnovers, to play simple and to be a pro every day. That's what I'm bringing here. »