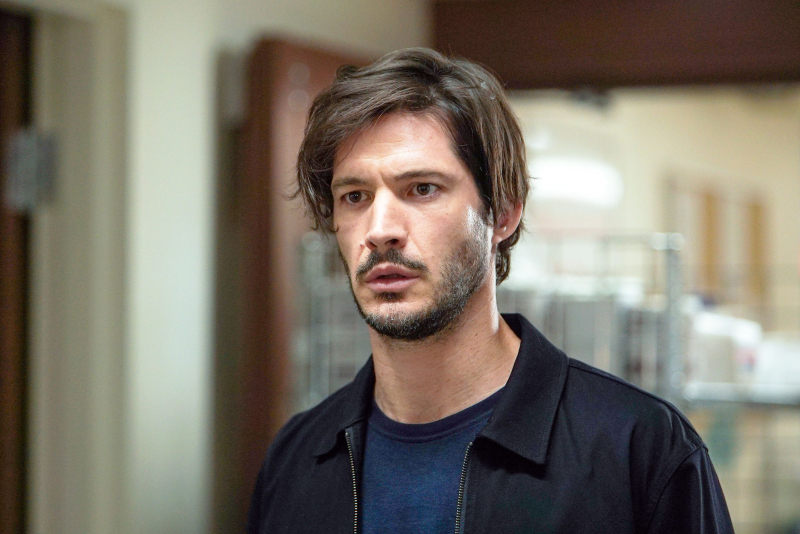 The series Chouchou, Anna and Arnaud< /strong>, The Rift, A Criminal Case are already complete. Others like Stat or Indefensiblewill continue to furnish our evenings until mid-December. Many of us follow our fictions. On the drama side, suspense sometimes sets in at the end of the season, doors open. Other series make the characters experience disturbing emotions, doubts, feelings that make us want to come back to listening. This season, the Grand Finals are out of sync, there are still frames to watch by the end of the month. Here are a few.

In this last episode, we witness a frantic race to get our hands on the serial killer who is manipulating Jules. Appalled, Simone is determined to continue the investigation until the end with Danno. It is also the trial of Sophie Bérubé-Lacroix. Will she be found guilty of the murder of Henri's wife?

There are two episodes left in order to have all the elements to understand the fall of Marc-André. The reasons are many between his toxic relationship with Dominique, his opportunistic transactions with a rich abuser and the lies that multiply. Luc's health deteriorates. Vincent still doesn't know anything about the shenanigans for his life insurance and only wants to make him proud. Patrick sinks seeing his wife deserting his couple for the arms of his trainer. Evelyne schemes behind François' back to rebuild her life. François loses his mind seeing a deal abort.

The relationship becomes complicated between Magalie and Mathieu. Will she be able to confront him? The tension is more and more palpable with Guillaume. Now that his new kitchen is finished, he will have to create opportunities if he wants to see Magalie again. The situation is delicate. Nothing is easy for their family. A difficult decision will have to be made.

The wind blew hard in Catherine's life. Will she be able to accept that Alex starts a new life with another? Will Charlotte find a balance in her projects and her loves? We also follow the family project of Annie and Louis which is taking shape. And we take a look at Philippe, whose relationship with Nadia is still being tested when everything seemed to be going well.

That's how I love you

Last episode of this second season in which Huguette asserted herself more than ever, creating a stir as far as Montreal in this year of women. If we thought we had lost Lucien for a while, here he is ready to take Marie-Josée as a wife. As the celebrations get organized, we witness the fall of the Organization of Sainte-Foy. Huguette will do everything at the risk of her own life to maintain the leading position.

Although united, the Dessureaux clan finds itself in a strange position. Ludovic's time in prison has reignited former enemies' desire for revenge. The ex-judge found himself on the path of Elie Chapados whom he had imprisoned. He also has Viateur Lajoie, father of his daughter's murderer on his back. Their confrontations will keep us in suspense until the end. And it's not just the patriarchs who have scores to settle.

This season, Marie-Jeanne has taken the lead in the organization of Tina and Lucas. She has one foot in the gears, she has nothing to lose. Fred, who has always been straight, has made blunders which causes doubts about him on the side of the SQ. We are also monitoring Marc Trempe who still has accounts to settle with the Goulet family. And Jean-Michel and his father have not finished being at loggerheads.

In addition to the various intrigues on which the Squad works, not to mention the escapades of Marc-André which sowed the doubt with members and relatives, we see that the relationship between Dominic and Penelope is solidifying. They even become a beacon for some of their colleagues. Lily-Rose always procrastinates. Will she finally dare to officially denounce Manuel who raped her or will she let believe in a simple affair?

Sarah's daily life has not been easy since she accepted the management of the hotel. The uneasiness grows with Manuel, whom she thinks more and more about leaving. Guillaume cannot remain passive and his mother may give in. Could he have his place in the institution? If so, will they be able to work together one day? The fight between these two enemies is certainly not over.

Jade is not at the end of her troubles and will have to live for a long time with the consequences of her association with Jean-Simon. Joëlle's family may resurface. We're also monitoring Keven's health. Will Dr. Khouzam find the sources of her illness?

Sarah and Christian's relationship took another turn this season. The co-hosts get along better even if everything is a little off in their lives. They also agree on the overconfidence of Dr. Valcoeur who took up a lot of space on the air. His tactics may not always be ethical and they will team up to get him down.

Audrey bravely continues her rehabilitation and seeks to understand what happened to her the night of the accident. She will know more and more about the people present. How will she react when she learns who is responsible for her situation? At home, his parents, although separated, do not adopt the same attitude towards his approach. His stepfather also tries to help him.

► Final episode on December 1 at 9 p.m. on Télé-Québec