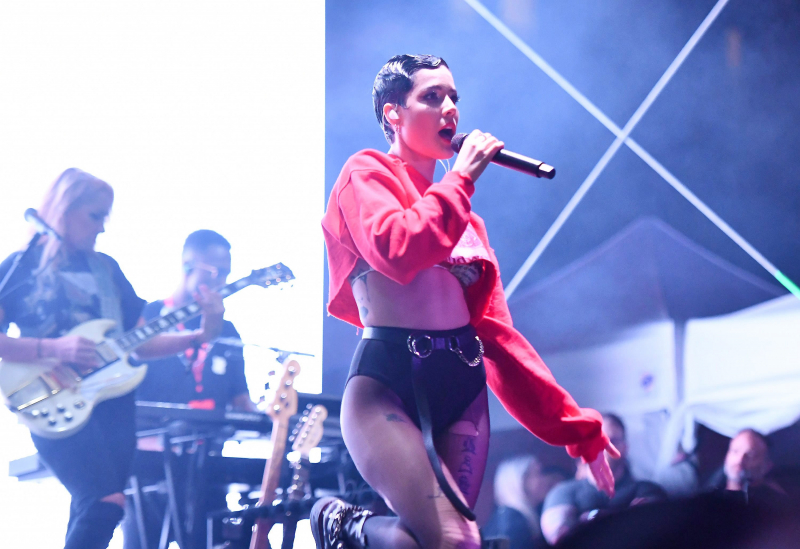 Singer Halsey was delivering an abortion plea two weeks ago at a concert in Phoenix when she noticed people leaving the venue. ” I do not care. If you don't like what I'm saying, I don't know why you came to a Halsey show. »

This tirade says it all about this pop star unlike any other.

If you're thinking of silencing her or putting her in a box, move on.

“That girl is on a mission,” says Louis Bellavance, director of programming for the Festival d'été, who receives her on the Plains of Abraham stage on Monday evening.

The now 27-year-old artist was discovered in 2016 through a collaboration with the Chainsmokers on the radio bomb Closer.

“It was the voice of a collaboration that was huge, but it was nothing more than that for a while. It was such a big hit that it almost worked against her. She had to find her place, her sound”, raises Mr. Bellavance.

In the process, she first made her mark in an electro-pop niche on the albums Hopeless Fountain Kingdom and Manic, launched in 2017 and 2020.

On the wave of the success of the song Without Me, Halsey was establishing herself among the big stars of mainstream pop when she took everyone by surprise in 2021, teaming up with Trent Reznor and Atticus Ross, of Nine Inch Nails, to record the album If I Can't Have Love, I Want Power, a brilliant and dark foray into the world of industrial pop.

“She makes a pop that doesn't follow a line. She is as comfortable in an electro universe as in a rock universe. She's a free spirit who manages to speak to a category of people who are hooked on everything she does,” says Louis Bellavance.

Halsey's concert at the FEQ will be the last of his tour.

“They play in California and take a plane to do a last one in Quebec. We have already been lucky enough to have tour debuts or endings. There is always an extraordinary energy,” says the festival programmer, who expects a crowd the size of the one who met Selena Gomez in 2016.

“I think that we're going to have a great performance. In addition, she is a candidate for the show with the most pyrotechnics with Marshmello. They are quite nose to nose. »

Halsey on the Plains of Abraham, Monday evening, at 9:30 p.m. The opening acts will be provided by the American group Cannons and the Canadian singer Lights.