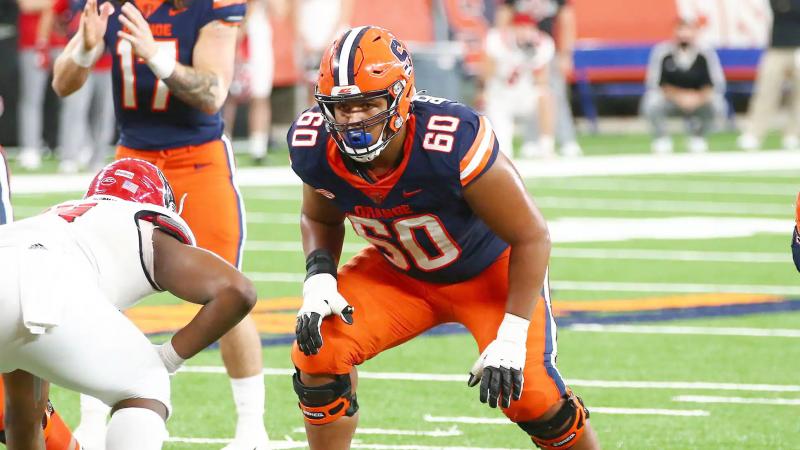 More and more Quebecers tend to shine on the American university football scene. This season, no less than five student-athletes from Quebec are identified as contenders for the Jon-Cornish Trophy, awarded annually to the best Canadian playing in the NCAA.

Two teammates in Syracuse, the blocker of Victoriaville Matthew Bergeron and Montreal receiver Damien Alford, find themselves on the “watch list” of the Jon-Cornish Trophy.

It is becoming more and more common to see players from Quebec occupying important roles in the NCAA [National Collegiate Athletic Association] , told the Journal the president of Football Canada, Jim Mullin.

“The people responsible for recruiting programs are increasingly recognizing that the structure of CEGEPs is solid to then evolve in the United States. They understand that they can get players of equal or better talent than they find in the United States at junior colleges ,” he continues.

Football Canada estimates that more than 200 Canadian players currently play in the NCAA, up from just 64 just five years ago . Last season, no less than 32 of these players were from Quebec.

“Before, we saw small programs recruiting our Canadians. Now it comes from everywhere and our players are recruited younger and younger. It's not the best thing for the development of football in the country, but it's a great opportunity for our players. It also validates what we do,” said Mullin.

The Jon Cornish Trophy, awarded since 2017, is worth its weight in gold.

Quarterback Nathan Rourke, who got it in the first two years after his success in Ohio, has since established himself with the BC Lions.

In 2019, it's running back Chuba Hubbard, for his exploits at Oklahoma State, who inherited the honor.

Watched by the NFL

This last played a freshman season in the NFL last year with the Carolina Panthers, rushing for 612 yards and five touchdowns.

In 2020 and 2021, receiver John Metchie  III, with Alabama, who was chosen. He was drafted in the spring by the Houston Texans.

This season, 18 Canadian players are in the running for the award.

“Many of them will be seriously observed by NFL scouts. For example, receiver Josh Palmer was ranked sixth on our list in 2020 when he played in Tennessee and this season he will be in the starting rotation with the Los Angeles Chargers,” Mullin noted.

The prize will be awarded in December.