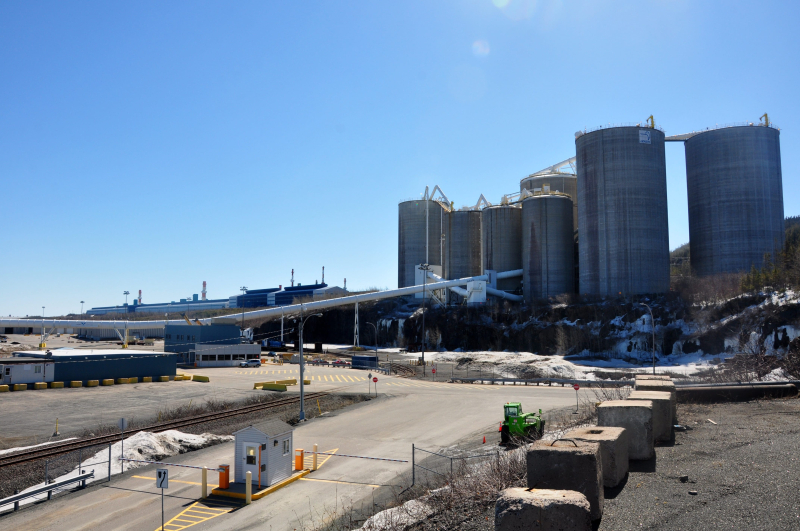 Since 2012, the 100 biggest polluters in Quebec have never emitted so many greenhouse gases, reveals an analysis by our Bureau of Inquiry.

In 2021, the top 100 polluters released some 21.3 megatonnes (Mt), the highest peak in the past decade, according to data from the Department of the Environment.

The major polluters are mainly establishments such as cement plants, aluminum smelters and refineries.

The shutdown of several factories due to the pandemic explains a temporary drop in emissions (19.9 Mt) in 2020

The impact of the 100 biggest polluters is not negligible since they represent approximately 85% of all industrial GHGs and a quarter of those of all of Quebec.< /p>

The CAQ government promises a 54% reduction in GHGs compared to the 1990 threshold (all sectors combined). But so far, the reduction has only been 2.6%.

Several factories in the top 100 have received significant sums from the Green Fund, now called the Electrification and Climate Change Fund.

The McInnis cement plant alone emits 1.4 Mt and is now comfortably at the top of the biggest polluters, since 2020. The plant will continue to increase its emissions by 2027 when it is at full capacity.

The Port-Daniel plant in Gaspésie, now operated by Ciment St-Marys, which belongs to the Brazilian giant Votorantim, received $25,000 from the Electrification Fund in 2020-2021. The grant funded 30% of the cost of designing and installing 10 electric car charging stations at the factory.

“The remaining 70% of the project was funded by the factory says company spokesperson Christopher Mason.

The grant application was made by the former administration. However, in 2016, the former CEO Christian Gagnon had assured that the cement plant was not going to dip into this Fund. The Port-Daniel plant then multiplied the green promises to promote the social acceptability of the polluting project.

We also find, in the top 10, Aluminerie Alouette, the 3rd biggest polluter, which emits almost 8% more GHG than in 2012. This result is explained in particular by an increase in production, but also by a method more precise analysis and calculation of GHGs, says Julie Salesse, Environment Director at Alouette.

Since 2020, the Sept-Îles plant has received $15.7 million from the Fund through the ÉcoPerformance program (Québec Energy Transition) to convert its anode baking furnaces to liquefied natural gas, which should enable it to reduce its emissions by 18,000 tonnes of GHGs per year. The total value of the project is more than $23 million, says Marie-Claude Guimond, director of communications for the smelter. GHG reductions are expected to start showing partially in the balance sheet in 2022, then fully in 2023.

Previously, the company's cooking ovens ran on oil and natural gas was not, until then, present in the industries of the Côte-Nord. “It makes Alouette a pioneer and it opens the door to different possibilities,” explains Ms. Guimond.

The company is committed to being carbon neutral by 2050.

Among the other major polluters, we find, in 10th place, Ciment Québec in Saint-Basile in the Portneuf region. It has increased its GHGs by nearly 34% compared to 2012.

In April, the cement plant received $22.5 million from the Fund for a new less polluting grinding workshop. It should be operational at the beginning of 2024 and promises to reduce 66,200 tonnes of GHGs per year. Ciment Québec did not respond to our interview request.