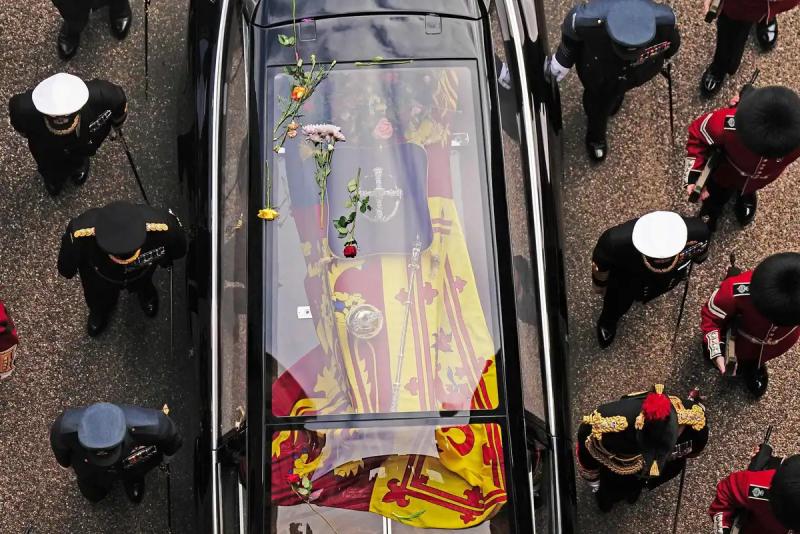 Queen Elizabeth II was laid to rest Monday evening at Windsor Castle, the final stage of a grand funeral day, the royal family announced in a statement.

The remains of Elizabeth, who died last week at the age of 96, including 70 years of reign, were transferred, with that of her husband Philip, who died in 2021, to the George VI memorial in the Saint-Georges chapel of the castle. .