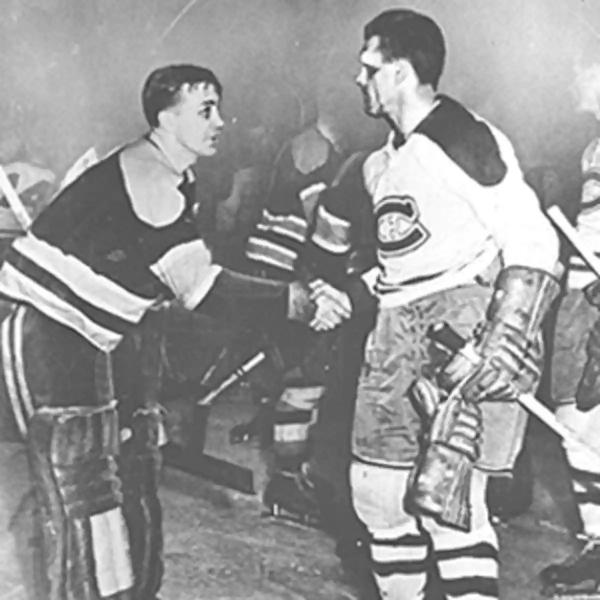 The death of Queen Elizabeth II announced Thursday certainly served as a reminder of her long 70-year monarchical reign and, proof of her longevity, the portrait of the world, including that of sport in Montreal, was very different at the time of her accession to the throne.

When the woman who died at the age of 96 was crowned on June 2, 1953, the Quebec metropolis looked nothing like what she has become. On the ice, the 1950s brought Maurice Richard and the Canadiens to the fore, who were at the heart of a rivalry with Gordie Howe and the Detroit Red Wings.

The sovereign also had the opportunity to become familiar with hockey during her first visit to Canada in the fall of 1951, when she was still a princess. Accompanied by her husband, Prince Philippe and a few personalities, she saw the Habs subdue the New York Rangers 6 to 1 at the Forum on October 29 of that year. For those interested, the “Rocket” scored the last two goals of the game, while Floyd Curry had a natural hat trick in the second period. These successes, however, did not turn into a Stanley Cup for the Bleu-Blanc-Rouge in the 1952 playoffs, the club of captain Émile Bouchard suffering the sweep at the hands of the Wings in the final. Head coach Dick Irvin's men lifted the trophy in the spring of 1953, during the campaign marking the debut of hockey on French-language television in Quebec.

In 1953, Montreal also counted on baseball and the Royals, the AA, then AAA, school team of the Brooklyn Dodgers who played at De Lorimier Stadium until 1960. The year of the consecration of Elizabeth II, Jackie Robinson's former side clinched the International League title; the winners were rewarded with the Governors Cup. The Quebec club pocketed it seven times, notably in 1951 and 1958.

In football, the Alouettes began to take off precisely around 1952, the year of the arrival of quarterback Sam Etcheverry. The latter allowed the organization to participate four times in a row in the Gray Cup final of what was known at the time as the Interprovincial Rugby Football Union; however, on every occasion from 1953 to 1956, the Edmonton Eskimos had the last laugh in the deciding game.

Elsewhere in the local sports world, the fight garnered quite a bit of early attention of the 1950s. Several galas presented at the Forum were televised by the Crown corporation, with audiences reveling in the fighters' prowess in the arena, eventually getting to know Maurice “Mad Dog” Vachon and brothers Paul and Joe Leduc.