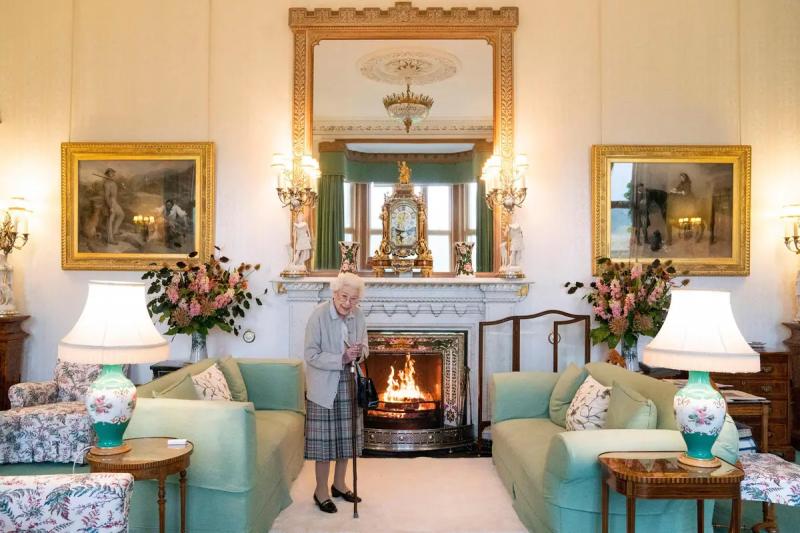 Concern gripped the UK on Thursday, with Queen Elizabeth II's doctors saying they were 'concerned' about her health, as her family gathered at Balmoral Castle in Scotland where they is located.

Doctors “have recommended that she be placed under medical supervision,” Buckingham Palace said on Thursday.

The longest-lived and immensely popular monarch, whose 70th-year reign the UK celebrated in June, has seen her health deteriorate since a night in hospital nearly a year ago, for reasons never specified. She now rarely appeared in public, her services evoking episodic mobility problems, and increasingly delegated duties to her direct heirs, Charles and William.

“Following a further assessment this morning, the Queen's doctors are concerned for Her Majesty's health and have recommended that she remains under medical supervision. The Queen continues to feel comfortable and remains at Balmoral,” the palace said in a brief statement.

Her family have been informed of her condition, the Press Association reported. . His heir Charles, 73, arrived with his wife Camilla at Balmoral, where the Queen spends the end of the summer every year.

Her grandson William, second in line of succession , was expected on site.

In her last public appearance, the Queen formalized on Tuesday the appointment of Liz Truss as Prime Minister, her 15th head of government in her 70-year reign. She had decided to stay at Balmoral instead of returning to London, where the transition between Prime Ministers usually takes place, due to her health problems.

Footage released by the palace showed the sovereign smiling and leaning on a cane, shaking hands with the new ruler.

“The whole country will be deeply concerned by the news coming from the palace of Buckingham this afternoon, ”tweeted Liz Truss. “My thoughts — and those of everyone in the UK — are with Her Majesty The Queen and her family.”

The whole country will be deeply concerned by the news from Buckingham Palace this lunchtime.

My thoughts – and the thoughts of people across our United Kingdom – are with Her Majesty The Queen and her family at this time.

Many politicians have sent their wishes of recovery to the sovereign.

The head of government was speaking in Parliament before the palace does not report the deterioration of the state of health of the sovereign. She left the House of Commons after receiving a note.

On Wednesday evening, the palace announced that the queen had postponed an online meeting, her doctors having advised her to rest.

Already in May, her son Charles had pronounced in her place for the first time the speech from the throne to Parliament, one of its essential constitutional functions.

In early June, the British had celebrated for four days the 70 years of reign of Elizabeth II, who is the oldest monarch in the world in office. She remained almost absent from this platinum jubilee, showing herself only twice briefly on the balcony of Buckingham Palace in front of tens of thousands of people.

A few weeks later, however, she s is shown several times for public appearances in Scotland, appearing smiling and with a cane during an armed forces parade in Edinburgh in late June.

The Queen's declining health, arriving on the throne on February 6, 1952, aged 25, after the death of his father George VI, reignited questions about the future of the monarchy.

The institution has been rocked by a series of scandals these recent months: allegations of sexual assault in the United States against his son Andrew, who ended it by paying millions of dollars, as well as allegations of racism against the royal family, from his grandson Harry and of his wife Meghan Markle, now settled in California and cold with the rest of the family.

The post-Elisabeth II period promises to be more complicated with Charles, whose popularity is much lower. The British prefer Prince William and his wife Kate.