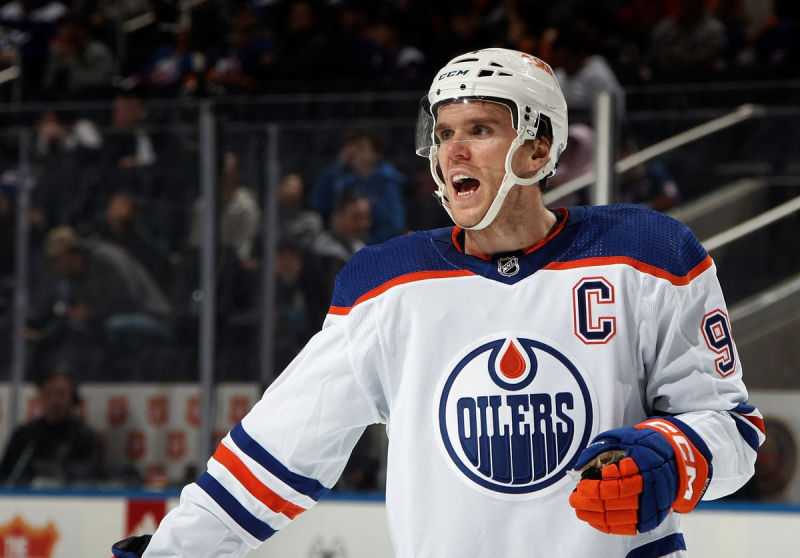 Defeated 5 to 3 on Saturday by number 97 and his acolytes, the Montreal Canadiens can take comfort in the idea that he is not the only victim of the NHL leader in the race for the Art-Ross trophy. On Wednesday, McDavid had two goals and as many assists as he had four days earlier. This other brilliant performance allowed his team to torpedo the Arizona Coyotes 8 to 2.

To say that the renowned forward is dangerous around the opposing net is an understatement. After being held in check by the New York Islanders on November 23, he has amassed 17 points in seven games.

For the entire campaign, he has 52, eight more than teammate Leon Draisaitl and is obviously well positioned to win a fifth career scoring title. He is also the first player since Wayne Gretzky in 1987-88 to reach 50 points in 27 games early in the campaign. He is the sixth to have done it all in the last 30 years.

“You think they are at their peak. They stay at that peak for a while, but they keep getting better as games go by. It's nice to see,” defender Evan Bouchard told the Edmonton Sun a few days ago about the McDavid-Draisaitl duo.

This season, the club captain has amassed at minus four points in six games. He has three points in two other games and has been shut out a total of four times so far. Fourth in the Pacific Division, Edmonton is 15-12-0 and hosts the Minnesota Wild on Friday.