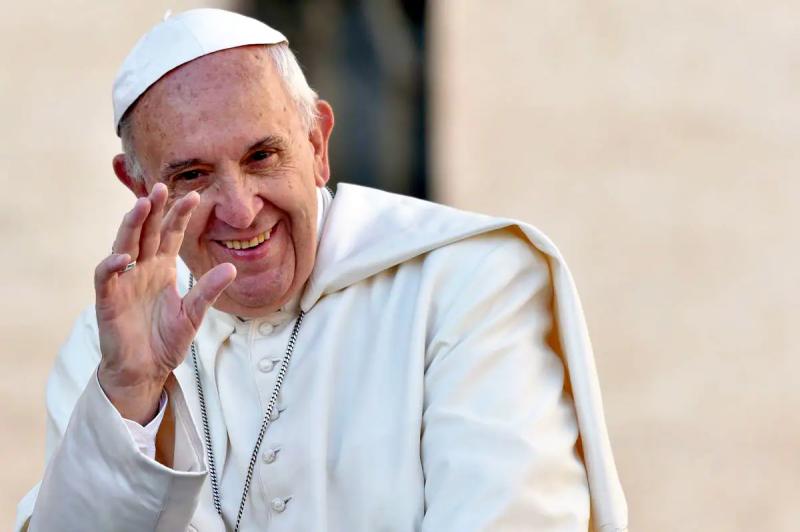 Pope Francis' trip to Canada felt like a long penance for the public broadcaster.

The pope's penitential pilgrimage was also one for Radio-Canada. Despite the valiant efforts of host Geneviève Asselin, the heart was not there. If TVA saw fit to take Pierre Bruneau out of his recent retirement to comment on the pope's high mass in Sainte-Anne-de-Beaupré, Radio-Canada did not interrupt the holidays of any of its star anchors for the 'used.

This visit, the first of a pope since 2002, hardly mobilized the faithful. In Edmonton, almost a third of the majestic Commonwealth Stadium was empty, when in 1984 Pope John Paul II drew more than 100,000 worshipers to the discomfort of a farm field, in the suburbs of the Alberta capital. . In Quebec, restaurateurs and merchants were waiting for manna from heaven. They remained on their appetite. The expected number of visitors did not materialize.

Geneviève Asselin and her two official guests, Wendat ethnologist Isabelle Picard and former host of Second regard, Alain Crevier, were they put off by the lack of enthusiasm aroused by the pilgrimage? Maybe, because they weren't very talkative. They were even often at a loss for words and seemed unprepared, as if they had been unaware of what was about to happen. Let's say in their defense that there was nothing too exciting to describe.

AN embarrassing wall of cassocks

To my knowledge, only Jeannette Vollant, an Innu survivor of the Notre-Dame de Mani-utenam boarding school, has raised the fact that the Aboriginal peoples were always separated from the Pope by an impermeable wall of cardinals and bishops in cassocks. They were the front row seats and not those who were uprooted, abused and assaulted in residential schools. The Canadian Conference of Catholic Bishops, which had organized the visit, missed a great opportunity to show genuine sympathy for the Aboriginal peoples by mingling with them rather than creating this embarrassing screen between them and the sovereign pontiff.

The visit still gave rise to some moving scenes that the trio of Radio-Canada commentators, always on their own and walking on eggshells, hardly commented on. If the pope, like any skillful and seasoned politician, kisses the children brought to him or makes guili-guili to them, it is with some surprise that we have seen him bring Alma's hand to his lips. Desjarlais, a Cree woman from Frog Lake First Nation in Alberta. In Rome last spring, Marie-Anne Day Walker-Pelletier, then chief of the Okanese First Nation in Saskatchewan, presented the pope with a pair of children's moccasins. He had promised to bring them back when he visited. What he did with a little mischievous air in front of the cameras.

This trip did not result in to a big television. On Ici première as on RDI and on the radio, the programs were more cautious than memorable, the comments more timid than revealing. Pope Francis has surely taken a step closer to reconciling his Church with the Indigenous peoples of Canada, but we are still far from knowing the whole truth about this century of cultural genocide as described in its report by the Truth Commission. and reconciliation of Canada and as recognized by the pope on the plane home. There are plenty of investigative topics and programs left for the public broadcaster to educate and show genuine concern for Indigenous people.