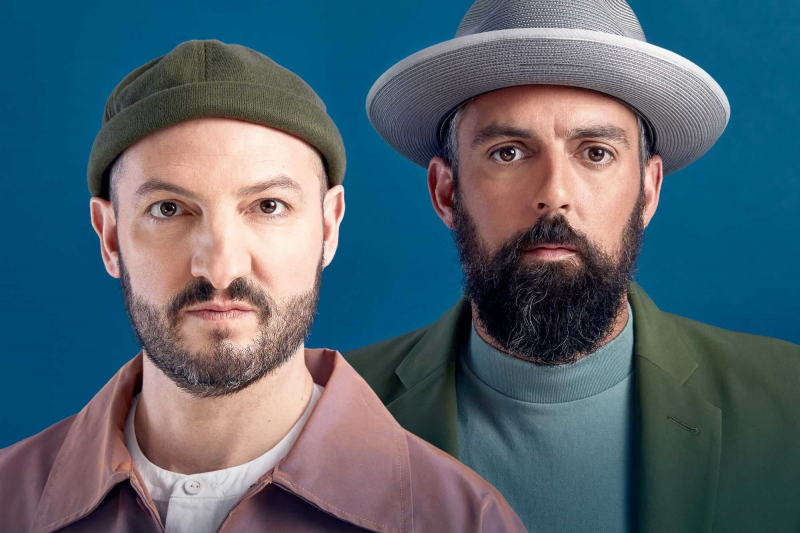 A big fan of Radio Radio, do you dream of being on the guest list for all of his upcoming concerts? This is possible because the duo just launched their first collection of NFT musical works (non-fungible token: token not fungible*; see end of article). For example, for an NFT worth $500, 20 fans will have exclusive access to the group's concerts outside of festivals.

The Acadian group Radio Radio has always had a penchant for new technologies. So he took advantage of the release of the song Bitcoin Blowup (from his most recent album, À la carte) to announce his musical project related to NFTs. At the same time, Radio Radio thus offers the first musical products linked to NFTs created by an Acadian and Francophone artist or group in Canada.

“This NFT collection was designed for the great admirers of Radio Radio, explains Gabriel Louis Bernard Malenfant, half of the Radio Radio duo. For us, it's a way to have a dialogue with fans and for them, it's a way to get something unique, because we agree that when everyone has something, it decreases its value.”

An NFT work comes with a digital certificate of ownership guaranteeing its authenticity, which confers all its value and exclusive aspect. For fans of Radio Radio, this NFT collection offers buyers certification of digital ownership as well as unique experiences with the band.

The duo from Nova Scotia and New Brunswick offers three NFT works to its audience. The most affordable bronze-level work ($500) allows only 20 buyers to be on the guest list of all upcoming Radio Radio shows (excluding festival shows).

Do you want more? For $10,000, one and only person will be able to obtain the silver level work: a private 90-minute Radio Radio show at the location of your choice. You will become, by the same token and digitally, the sole owner of this work.

The gold-level work – at a cost of $11,000 – is an original song by the group inspired by the buyer's digital traces (Instagram photos, Facebook statuses and Google searches). The buyer (an individual, a company, a hockey club, anything is possible!) will own 100% of the rights to the master tapes of the song, which will ensure lifetime revenues for the broadcast of the piece, which can be played on the radio.

“It's an original way to make money for artists who are losing money, it must be said, with the Spotify of this world,” adds the singer, who has been having fun with the stock market and cryptocurrency for a while now. It is a way of giving power back to the artist. With web 2.0 where anyone can download or copy anything, the advantage when you buy an NFT work is that the work becomes identifiable as yours. This is the future of music.”

The group says it intends to continue in this direction and is certain that other artists from here will follow suit. “We are already a small community who talk about it among ourselves. We are also available to new buyers to facilitate digital purchases on our platform.”

NFT technology is experiencing strong growth in the United States. NFTs have as grounds works of art, cinema, video games, and they have even flirted with literature recently. In music, NFTs can affect sound recordings, show tickets and other unique works or events. According to Reuters and Billboard, NFTs generated global revenue of $25 billion in 2021, up from just $94.9 million a year earlier.

Various international artists have recently taken an interest in it, including The Weeknd, Muse, Grimes and Shawn Mendes. US band Kings of Leon, for example, offered an NFT version of their latest album that included special perks (limited-edition vinyl, front-row seats to future gigs, etc.). Shortly after him, electronic dance artist Justin Blau (3LAU) sold his album Ultraviolet under a collection of 33 different NFTs, earning him $11.7 million.

< p>Canadian singer Shawn Mendes has teamed up with avatar tech company Genies to release an NFT based on his latest album, Wonder.The sales volume of his guitars, jackets, autographed t-shirts and other digital items offered on OpenSea (an NFT marketplace) is reported to total US$10 million.

Even though Radio Radio pinned a lot of hope on his NFT-related music products, he still hadn't sold a single one of the suggested bundles to his admirers.

* NFT stands for “non-fungible token” or, more simply, a unique, non-repeatable digital collectible item. A bitcoin, for example, corresponds to a token and there can be several bitcoins of equivalent value. An NFT differs from a token belonging to a cryptocurrency in that it is unique. It guarantees exclusive ownership of a digital asset. The buyer of a musical product linked to NFT technology will be the sole owner.