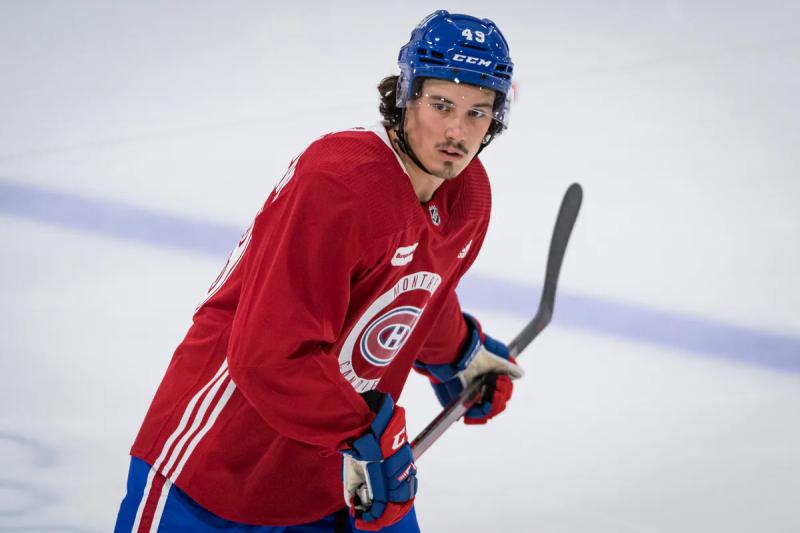 The road will be difficult, but Rafaël Harvey-Pinard intends to convince the Montreal Canadiens to make room for him in their roster for the start of the season.

< p>The 23-year-old Quebecer will begin his third professional campaign. Although he tasted his first games in the National Hockey League (NHL) last year, he will however have to prove that he is better than some of the 13 forwards with a one-sided pact, or else beat Juraj. Slafkovsky and Cole Caufield in the evaluation of coaches, to achieve his goal.

“I'm coming to camp to force my hand,” said number 49 at a press briefing on Saturday. I'm aware that there are a lot of attackers, but I'm going to focus on my game. I'm confident in what I can do on the ice and I'm going to give everything to make my place.”

Harvey-Pinard believes the latest campaign, which was his first full American League appearance, will certainly help him in his quest.

“I think it makes a big difference. I think it shows a bit on the rink. I try to bring a little more offense and keep the puck a little more. It sure helped, last year.”

To show off, Harvey-Pinard had right here the opportunity to evolve with Slafkovsky and Owen Beck, both selected among the first 33 during the last draft of the NHL.

“It's going great, he rejoiced. He brings a lot of things to the rink, so it's “fun” to play with [Slafkovsky]. It's easy. To have that weight, to skate so fast, to be skilful on your skates… It brings a lot of offense. It makes it easy for the other guys on the rink.”

“When you arrive at camp, it's the first time you meet them. Honestly, it clicked right away. We have a great chemistry and we find each other easily. I didn't expect it, but I knew they were good hockey players, so it increased the chances that it clicked too.”