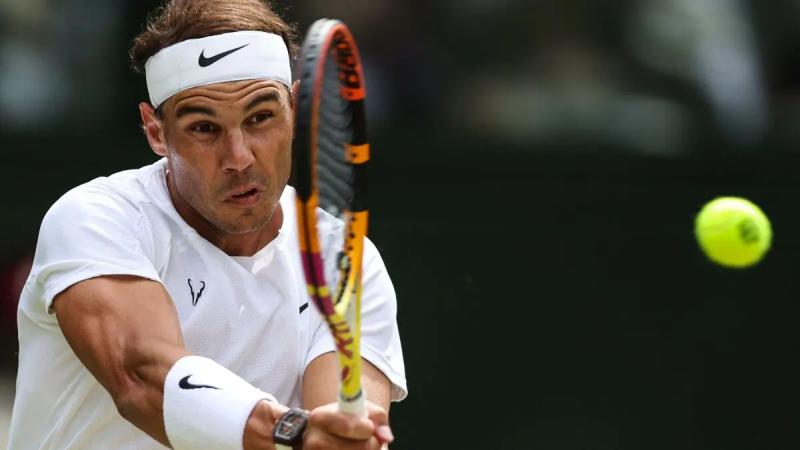 Rafael Nadal announced on Thursday that he must withdraw from the Wimbledon tournament. He tore a muscle in his abdomen during his match against Taylor Fritz on Wednesday.

He will be sidelined for three to four weeks. However, he should be back in time for the Montreal tournament.

“This decision comes late because I wanted to think about the situation, confirmed Rafael Nadal. I just don't think it made sense to play a game under those conditions.

“If I had continued to play, the injury could have gotten worse. I feel sad.”

In the semi-finals on Friday, he had to cross swords with Australian Nick Kyrgios for the tenth time in his career. He trained at the Wimbledon training grounds on Thursday, but the pain was too intense.

“I don't think I can win two matches under these circumstances,” He specifies. I am unable to serve. It's not just about speed. I am not able to make a normal movement.

“I don't want to go out on the pitch and not be able to play at the level to achieve my goals.”

Which means Nick Kyrgios goes straight to the final. He will face the winner of the duel between Novak Djokovic and Cameron Norrie. Everything must take place Friday at 8:30 a.m. Quebec time.

Kyrgios is the first player since Mark Philippoussis in 2003 to qualify for the Wimbledon final despite not being a header. standard.

Speaking of Kyrgios, he's still swimming in troubled waters. He is due in court next month on charges of domestic abuse.

The Aussie didn't seem too shaken by the situation as he advanced to the semi-finals with a three-set victory over Chilean Cristian Garin.

“I would have a lot to say and I would like to be able to tell my side of the story,” Kyrgios said. My lawyers advised me not to say anything. I will not comment at this time.”