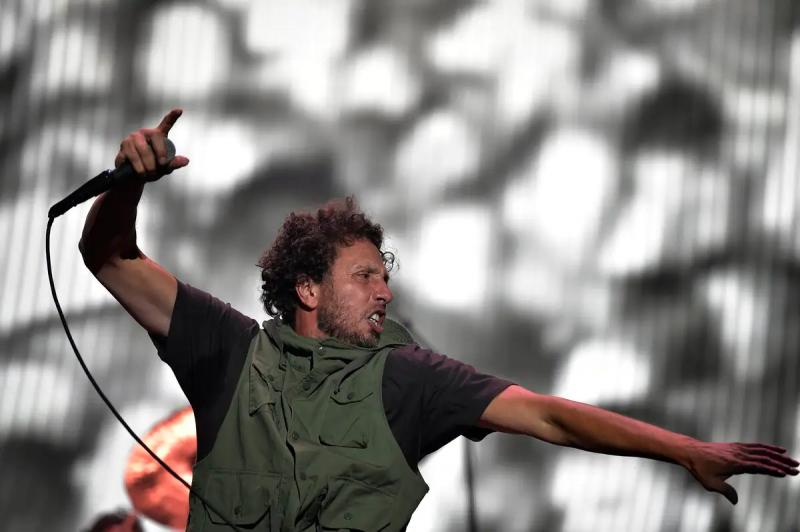 What an astonishing discharge of rap-metal! After a pandemic of waiting, Rage Against the Machine offered at the Plains of Abraham, last night, at its very first show in Quebec for life, the ultimate session of collective release.

This Quebec-exclusive show, originally scheduled for the canceled 2020 Summer Festival, has fulfilled all expectations and more.

With all due respect to Maroon 5, which made the site vibrate last Saturday, we have witnessed the most explosive communion between an artist and the public, on the Plains, since the beginning of this FEQ.

Fifteen minutes from the arrival of RATM on stage, several of the festival-goers who had filled the Plains were already shouting “ahoy, ahoy”. The tension was palpable.

Then, when the quartet kicked off hostilities with Bombtrack, the whole audience went into a furious mosh pit which has rarely been interrupted during these 90 minutes of music delivered at a hellish pace.

Forced to sit out due to a leg injury suffered earlier this week, singer Zack de la Rocha still led the charge with fierce intensity. It sometimes felt like he was holding back from defying his injury and diving into the crowd.

By his side, the virtuoso Tom Morello had fun torturing his six-string. With his forearms during People of the Sun, with his teeth during an incendiary Bullet in the Head, whose slow final crescendo ignited the festival-goers.

More discreet, but no less effective, bassist Tim Commerford and drummer Brad Wilk were also essential cogs in the success of this concert, built like a series of rabid rock bombs from the group's first three albums.

As could be expected from these revolutionary souls, the giant screen has often served to broadcast images encouraging us to rebel against the fate reserved for the most vulnerable.

After singing Freedom, Zack de la Rocha warned the public against the rich and powerful who want to “turn us back”. In the same vein, the group came to the defense of the rights of the First Nations in a series of messages which insisted, among other things, on the fact that in Canada, Aboriginal women were 16 times more at risk of being murdered. or disappear.

This political interlude set the stage for a blistering finale as the band and audience sang Killing In The Name in utter euphoria.

Applause break it all up, the band members then sat down with de la Rocha and waved at the festival-goers for a good two minutes, wide smiles lighting up their faces.

Two people then hugged the singer. As he was transported backstage, Zack de la Rocha made the victory sign.

It was indeed a triumph.

Whether it's to replace a headliner at short notice and two days notice like in 2018, when Avenged Sevenfold withdrew, or to offer an extra-decibel type warm-up session before the arrival of Rage Against The Machine, Alexisonfire always answers present.

Last night, the Canadian hardcore group subjected the plains to a bombardment in order. With the possible exception of The Northern(and again!), Alexisonfire tested the level of resistance of our eardrums throughout his short, but intense performance.

The public response was no less intense. Durant Dog's Blood and Young Cardinals, a mosh pitgiant has formed on the floor. The thing did not escape the notice of singer George Pettit.

“There is no one in Canada who does that. Tens of thousands of people for rock music, that's quite an accomplishment. »

@aof_official tell the crowd at @FestivalEteQc that they are one of a kind. “Ten of thousands of you out for rock music” pic.twitter.com/8aVoqtz3Qw

Vulgar Machins: as incisive as ten years ago

If Vulgaires Machins has softened after ten years of absence? Not a crumb. The quartet is as incisive and militant as ever, one might say after stalking their first concert in a decade, at sunset Saturday on the Plains.

You could feel it during the introduction to Être un comme, seeing Marie-Ève ​​Roy set the pace with authority, supported by Guillaume Beauregard in great form. The kings of Quebec punk are back, hungry and lucid, as demonstrated by Beauregard in Triple Murder and Failed Suicide.

“The suicide rate has remained stable in Quebec over the past twenty years, which confirms that the next song was useless. »

During the 45 minutes allotted to it, Vulgaires Machins mainly rehashed the past, putting on The Myth of Democracy, Bottomless Pit and others Counting the bodies.

From his new album which will seal his big comeback, in October, before a tour with Anti- Flag, the band only played the extract I raise my glass. “The worst song on the album, but the most important because it's a song of solidarity”, according to Guillaume Beauregard.

If it's really the worst, it promises.