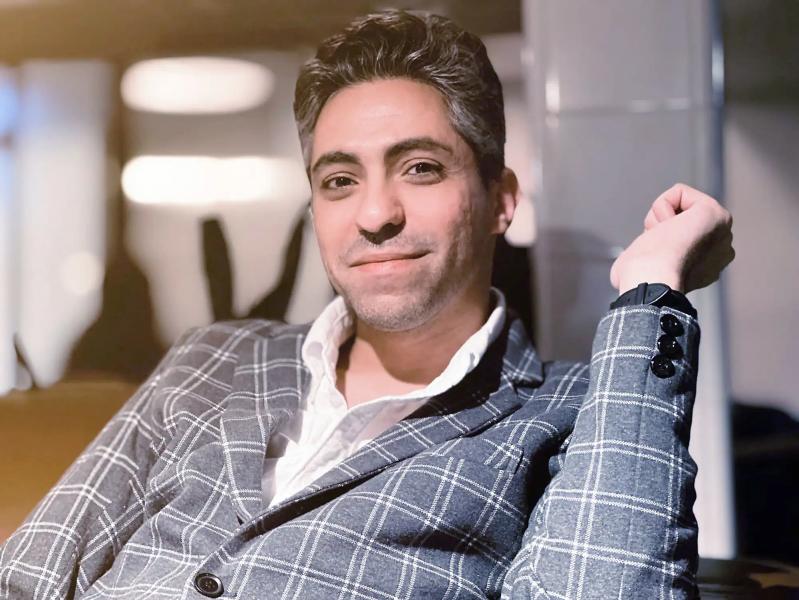 As soon as political prisoner Raïf Badawi was released, he started looking for a job in Saudi Arabia, failing to be able to hug his family waiting for him in Sherbrooke.

“I told him to take his time… He was imprisoned for 10 years! But he is always worried about me, how I manage to pay the rent and the food,” says his wife, Ensaf Haidar.

The efforts of her husband, convicted for his human rights stances in 2012 and released last March, have so far been futile.

Even if he is ready to work in any field, underlines his wife.

While waiting to be able to earn a living and find his family, Raïf Badawi is gradually regaining his bearings in his country of origin which has changed profoundly during his captivity.

The 38-year-old man can see this when he walks through the streets of Jeddah, a large port city near the Red Sea where he now lives.< /p>

“Everything Raif wrote about has come true. Women can now drive, the religious police have less influence than before…”, lists Ms. Haidar, during a long interview with Le Journal.

It is of course a source of joy for the one who fought at the risk of his life to develop this kingdom of the Persian Gulf, reputed to be very conservative.

But for all that, he himself is still deprived of his freedom of travel and expression for the next 10 years.

“Yes, he is free, but he is not that free” , Ensaf reminds anyone who will listen. “He will be truly free when we are all together, under the same roof. »

Small consolation, Raïf can now see his sister, call his family by video (see below), eat what he wants and sleep in a comfortable bed.

This is a change from prison, where he had grown accustomed to “disgusting” meals, and a bunk bed, in a cell shared with around twenty criminals, relates Ms. Haidar.

Highly publicized figure , internationally as in Saudi Arabia, Raïf Badawi is also recognized by passers-by in the street.

“Some people are very warm [with him], and others who were against his ideas”, describes his wife.

Under the circumstances, she reports that Raif is doing well. Obviously, “he is not capable of saying everything, he has mixed feelings”, she breathes.

If his imprisonment and the 50 lashes he received in 2015 are a thing of the past, the mental scars are still present.

Precious video calls… in the meantime

After 10 long years of talking to him too infrequently on the phone, Raïf Badawi's relatives now make video calls with him at all times, even while preparing supper.

“The first time the children saw him again, they said to me: ' Oh my god, daddy has white hair!” she jokes, referring to the long-awaited video call of March 11, the day of her release.

It's because Miriyam, Raïf's youngest, was 4 years old the last time she saw her father. She is now 14.

As for Ensaf, laughter and tears of relief mingled when she finally saw her husband's face again after all this time.

“He has changed, but he is still handsome. He has the same smile, the same look. I saw love and hope in his eyes,” Ms. Haidar describes.

For a decade , his family had to make do with rare calls lasting a few minutes from a payphone in the Saudi prison.

On the contrary, video calls are now part of their daily lives.

“We cook remotely together, we can call each other whenever we want! says Ensaf.

She will be interrupted a few minutes later by a short call from her husband.

Of course, this constant communication is only a pale copy of the life they could lead if Saudi Arabia did not ban the ex-political prisoner from leaving the country.

Ensaf herself is afraid to return there with her children, given the risks to their safety.

Hope for a reunion

In Sherbrooke, passers-by often ask her when Raïf will finally be able to join her.

“In truth, I don't know when this day will come. But when he is here, we can walk around the lake [of Nations], go to Orford, everywhere,” she says, stars in her eyes.

Ensaf Haidar still has hope that the crown prince Mohamed bin Salman, reputed to be less conservative than his father, will reduce her husband's sentence so that their reunion occurs sooner than expected.

And also that the Minister of Immigration of Canada grants him citizenship, as Canada's elected officials have repeatedly asked.