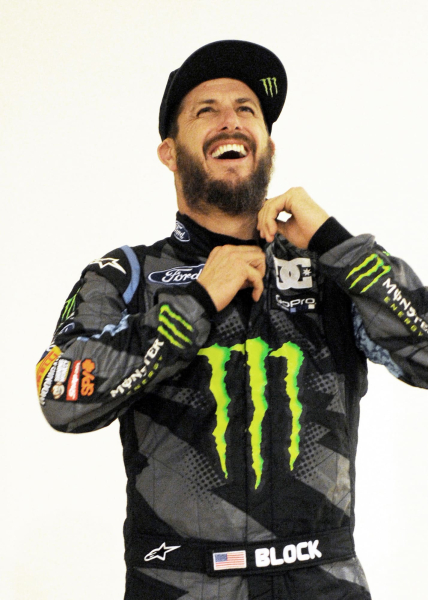 Rally driver Ken Block, known for his extreme YouTube videos (viewed over a billion times) where he performs high-speed, controlled drifts in modified cars on the streets of Los Angeles, London or San Francisco, killed himself Monday on a snowmobile in Utah. This influencer was not only a driving freak, but also a successful entrepreneur. His net worth was US$200 million (CA$273 million) as of today. Here are the main projects in which he has been involved.

After the sale of DC Shoes, the entrepreneur launched Hoonigan Industries. One of its subsidiaries, Hoonigan Media Machine, creates videos of extreme stunts, racing, and how-to racing videos. According to the ESPN channel, the videos of the Gymkhana series have been viewed more than a billion times.

In 1993, Ken and a friend founded DC Shoes, the popular brand of footwear for skateboarders, in Ken's garage in Carlsbad, California. He needed $10,000 for seed capital and after much persuasion, his parents agreed to lend him the money, according to Hotcars.com. After 10 years, the company was generating sales of $100 million. Quicksilver bought the company in 2004 for $87 million.

After his adventure with DC Shoes, Ken Block got into dirt rally racing. During his career, Block has won five “top 5s” as well as the title of rookie of the year awarded by Rally America in 2005, aboard a Subaru WRX STi. Along the way, he entered into partnerships with car manufacturers Subaru, and later, Ford.

One of the faces of the Can-Am brand

Since 2015, Ken Block has been an ambassador for the Can-Am snowmobile and off-road vehicle brand, manufactured by Bombardier Recreational Products (BRP). Its role was to showcase the capabilities of the Maverick off-road vehicle. He also died on Monday riding a snowmobile, the model of which has not been confirmed.

The development of zero-emission cars

Ken Block had recently partnered with Audi to help it develop zero-emission cars. Block was to provide technical development for the electric cars, serving as a test driver for the company, according to RPMweb. In an Audi statement, Block mentions that reducing emissions is important, but also that “The electric car is much faster! And anything that gets me going faster makes me happy.”

Do you have any inside scoop?