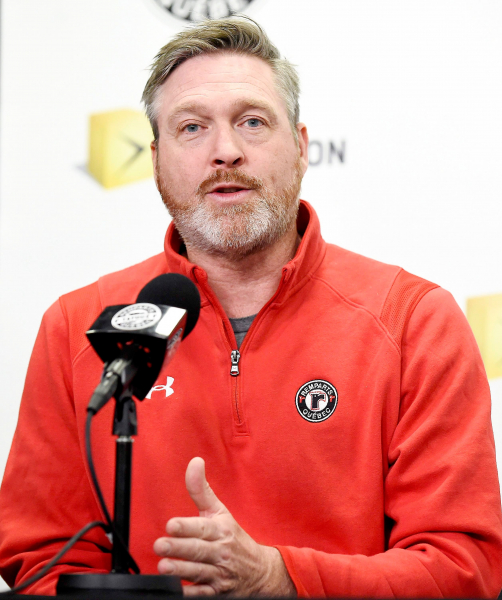 Patrick Roy repeatedly bragged about the depth of his roster last year. A few weeks before the start of the regular season, he estimates that the Remparts will have as much depth in 2022-2023, but not necessarily distributed in the same way.

Last year, it was particularly at the back that the Red Devils had depth, with a top6 made up of Louis Crevier, Evan Nause, Nicolas Savoie, Vsevolod Komarov, Édouard Cournoyer and Charle Truchon. However, Crevier and Cournoyer are no longer with the team and have been replaced by younger players, namely Samuel Lachance, Mathieu Wener and Vincent Murray, as well as 19-year-old defender Édouard Carrier, who has been brought into a depth role. .

It is probably at this position that Roy has the most questions.

“We don't know how Murray, Lachance, Wener and Carrier are going to fare. Also, is Charle Truchon able to raise his game and establish himself as a regular in our top 4? These are some of the questions we have,” he mentioned on Tuesday, before adding that he believed that Truchon had what it took to fulfill his new responsibilities.

WHO WILL PLAY LEFT-HANDED?

On offense, Roy says he is satisfied with the depth he has in his hands. If all goes according to plan, it should allow him not to spend too much this holiday season on acquiring depth players.

For now, however, the main question remains: who will play to the right of James Malatesta and Nathan Gaucher on the team's second line. For the moment, it is Charles Savoie who obtains the audition for this position, but several candidates are knocking on the door.

“ We will start with Savoie and we will see how [Frantisek] Ridzon will adapt. We have [Lucas] Canning and [Mikael] Huchette too. We have all kinds of possible scenarios. »

That is, let’s face it, while waiting for Justin Robidas to come to the Holidays. But it should not be said too loudly.

Roy will have the opportunity to test certain combinations, Friday and Saturday, during two preparatory matches, the first in Saint-Joseph-de-Beauce against the Chicoutimi Saguenéens and the second, against the Victoriaville Tigres, at the multidisciplinary complex of L'Ancienne-Lorette.