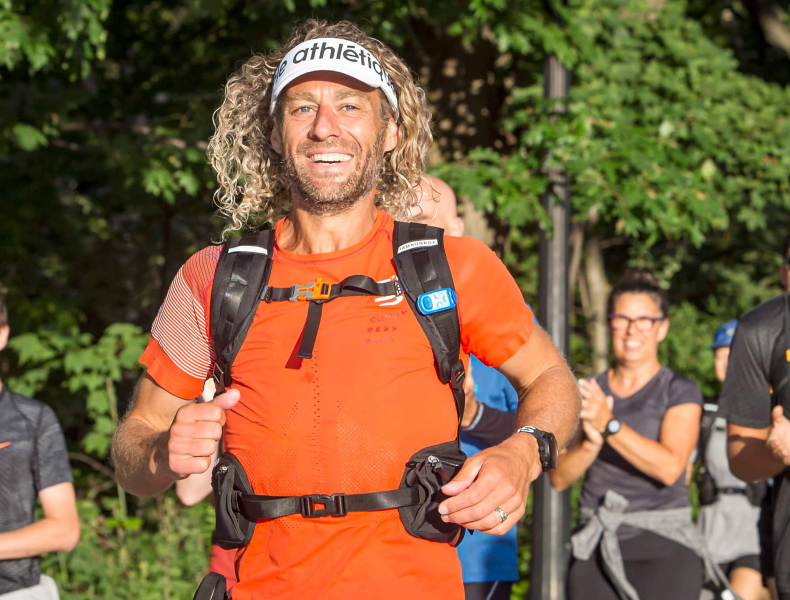 There is never a challenge too big for ultramarathoner Joan Roch. Not even a continental crossing over 8000 km, from Key West to Forillon, at the dawn of his 50th birthday.

The resident of Longueuil, who made himself known with his two books “Ultraordinary” and its crossing from Percé to Montreal, continues to be proudly on the move. It would be asking a lot of him to celebrate his coming fiftieth birthday by rocking by the fire.

Instead, he will begin another crazy project starting February 26, from the southern tip of Florida to the end of the Gaspé Peninsula. A tiny five-month jaunt of fast running, better known in the outdoor world as “fastpacking”.

“It is a pivotal age and where one can be inclined to begin to feel old. It could hit me at any time. For now, I'm lucky to be in great shape,” said the Frenchman, in an interview with Le Journal.

“Fifty years , it's symbolic and it may make many people realize that if you stay in good shape, there's no real limit”

All this journey, which will mostly take the famous Appalachian Trail, will not be managed in a rigid framework, but Roch intends to travel an average of 52 km per day, including a few necessary break days .

The goal is to arrive at your destination before the end of July, to celebrate your 50th birthday at home.

“If I arrive in Gaspésie too early, some trails will still be blocked by snow. If I arrive too late, the trails will be closed from September 21 for hunting. I have a window of two and a half months where Gaspésie is passable. I will try to aim for the middle,” he explained.

If he maintains the average pace of 52 km per day, the adventurer estimates that he could arrive safely in five months. Obviously, sections on the flat will inflate this average, while the mountainous passages will rebalance downwards.

“I haven't planned anything specific because it would be absurd. I don't know the terrain. I only did a few tens of kilometers on the whole Appalachian Trail. I don't know what I'm getting myself into. The plan is based on a handful of hikers who have done this route in the last 25 years. “, he reflected.

Obviously you will have to travel light. In his bag, Roch will carry the bare minimum. A canvas and a rope to improvise a makeshift roof, a ground mattress and a duvet, in addition to the necessary shoes.

For the rest, supplies will be found along the route.

“What attracts me to this is the huge dose of the unexpected. If I mastered everything, it would be funny, but it would be sad at the same time. There, I don't control anything, the chances of success are low and that's what makes it extremely interesting.

“Attacking an entire continent is a privilege. I'm going to live it to the fullest, even if at times I'm going to be fed up. »

If running is Joan Roch's great passion, it is not her whole life. Between a spouse, children and work, there is a lot of gymnastics to manage as part of his big project.

The ultramarathoner's hat is just one of them. Married since last year to the runner and author Anne Genest, with four children between 9 and 15 years old that the couple manages in shared custody, the computer consultant in everyday life does not leave on a whim.

“This adventure is really complex to organize with family and work. The temptation would have been to wait ten years, but in my sixties, I'm not sure it would be reasonable to embark on something 8000 km, “he said, laughing.

It is with the blessing of his spouse, as well as the mother of his children and his employer that madness becomes accessible.

“When Joan shared her idea with me, I was extremely enthusiastic. Afterwards, when I realized the magnitude, I said to myself: oh wow, this is huge, what are we getting into! At the same time, it is the basis of our couple to have projects, ”reacted Anne Genest, who will accompany him to Florida, where the journey will begin.

For her part, her man can only be delighted to be able to rely on her unconditional support.

“Without her, the project had no chance of existing. I take myself completely out of everyday life for five months. In a way, it's very selfish because I have to make sure that the worries of this daily life don't bother me. If everyday life worries me, there's a good chance that's what makes me give up, ”he argued.

The volume of training to prepare for such an expedition is of course important. Joan Roch runs every day, between 1 and 1:30 a.m., in addition to doing strength exercises.

“I train a lot, but I am far from being an Olympic athlete. This training time will allow me to carry out a major project. It's a gift that I can give myself by taking care of my health”, specified the ultramarathoner.

As for the course, despite the inevitable pain, the runner expects to live great emotions.

“I can't wait to see the landscape change. It's going to be a very intimate experience with the fauna and flora. I hope a little more with the flora than the fauna! concluded the one who is nothing ordinary.