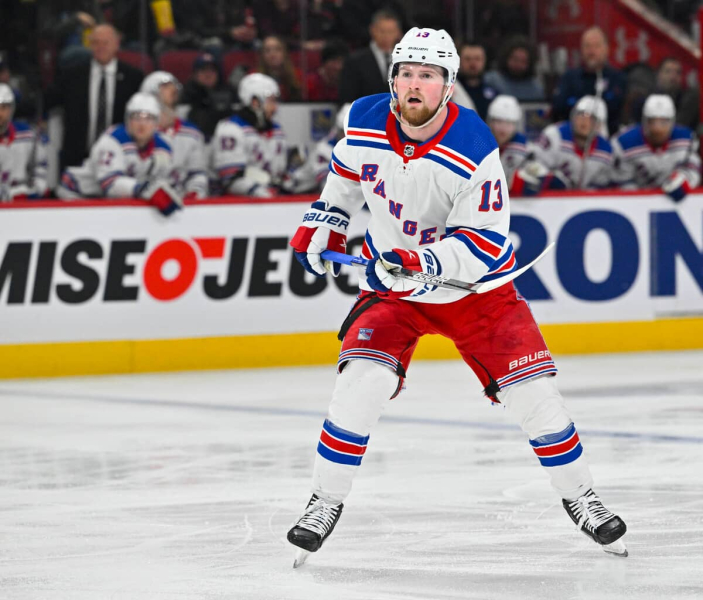 Quebec's Alexis Lafrenière reconnected with the New York Rangers' third line during practice on Wednesday, and it's likely where he will face the Boston Bruins on Thursday, since his teammate Chris Kreider could take over the collar.

He has missed the last three clashes with his team due to an upper body injury, prompting head coach Gerard Gallant, to place Lafrenière to the left of Mika Zibanejad and Kaapo Kakko.

Having amassed 19 goals and 11 assists for 30 points in 42 outings this season, Kreider was on the first line during the session, in addition to evolving within the main power play unit. As reported by NHL.com, Gallant said he was pleased with the veteran's hard day in practice, saying he skated hard. However, his participation in the duel against the Bruins remains to be confirmed.

“When guys like him are not in your lineup, you really miss them, explained the pilot. You don't have his speed and his ability to get to the pucks. He is an excellent player for our club.”

To return to Lafrenière, he rubbed shoulders with Filip Chytil and Barclay Goodrow on the third line and practiced on the second wave of numerical superiority. The Blueshirts will try to pocket a second victory in a row in this match broadcast on TVA Sports.