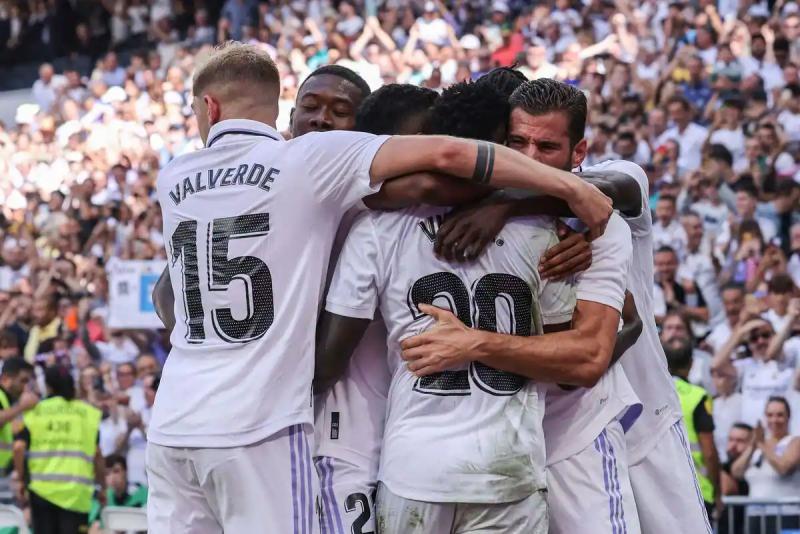 In the absence of Karim Benzema, injured in the right leg, Real Madrid dominated Mallorca 4-1 on Sunday for the 5th day of La Liga, and regained the lead in the standings ahead of FC Barcelona, ​​wide winner the day before in Cadiz (4-0).

Madridians first conceded a headed goal signed Vedat Muriqi, after a free kick in the second post (35th), then replied thanks to a personal feat from Fede Valverde, who propelled a ball into the left corner after a slalom in the defense (45th + 3).

Vinicius gave the advantage to Real in the 73rd, at the conclusion of a breakthrough by Rodrygo, who scored the 3-1 goal by sneaking into the defense in the 89th. In added time (90th + 2), Antonio Rüdiger sealed the victory by placing his flat foot at the far post, on the fall of a free kick.

In the absence of his striker- star, favorite for the Ballon d'Or which will be awarded on October 17, the Italian technician from Real gave Eden Hazard a chance … without success. And it was again the young Brazilians from Real who pulled the Merengues out of their trap at the end of the game.

With this 5th success in as many games since the start of La Liga, Real followed up perfectly before their second Champions League game on Wednesday, against Leipzig at home.