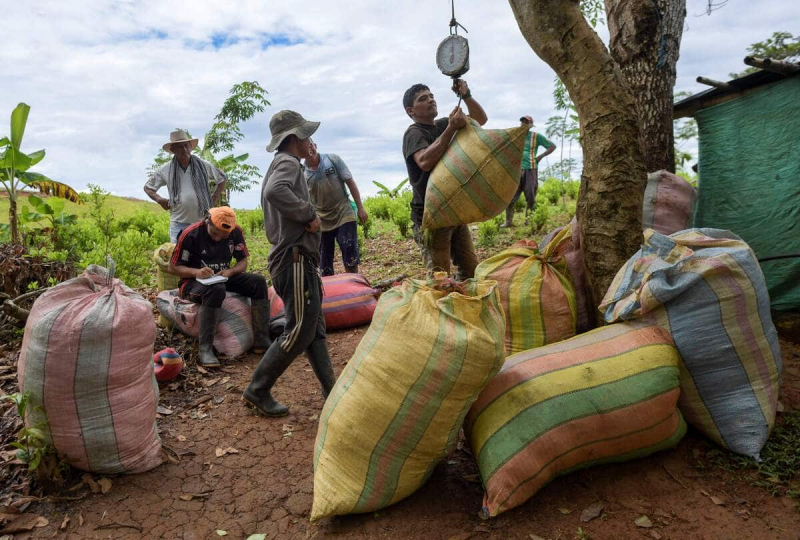 Colombia has broken a new historic record for drug crops, with 204,000 hectares of coca leaves sown in 2021, according to an annual UN report released Thursday. < /p>

This figure is the highest ever recorded by the UN since it began tracking cocaine production, in 2001.

Along with its cultivation, the manufacture of cocaine that is transported from Colombia to the United States and Europe has also increased, from 1,010 tons to 1,400 tons.

This is an “upward trend that has been consolidating since 2014”, despite the intense crackdown on drug traffickers.

Colombia is by far the world's largest producer ofcocaine.

The departments of Narino and Putumayo, on the border with Ecuador, are the most producing regions with 89,266 hectares. Catatumbo, a neighboring region of Venezuela is in second place with 42,576 hectares.

The UN points out that the increase in the plantation of coca leaves and the production of cocaine is mainly due to the “ territorial vulnerability”, to the “increase in global demand” and to the presence of armed actors who profit from this trade.

Colombian President Gustavo Petro has proposed a new approach to the United States to fight against drug trafficking, considered a failure until now.