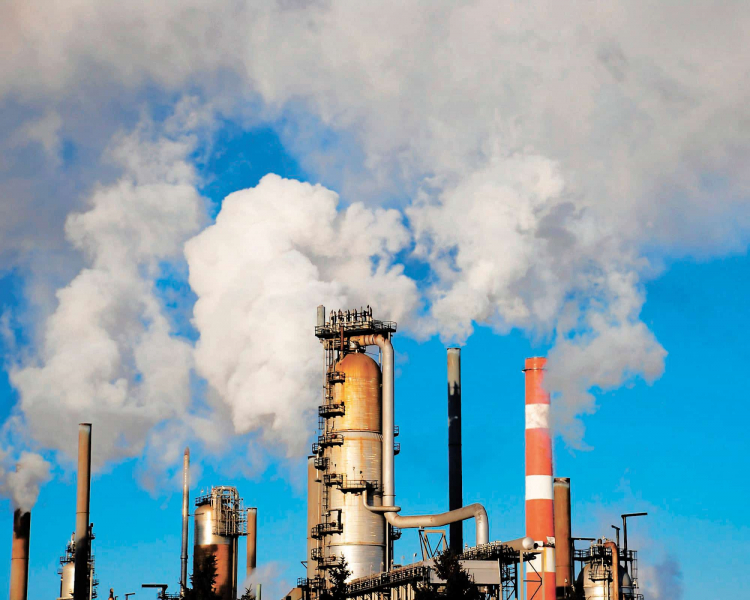 CO2 emissions produced by the consumption of fossil fuels – oil, gas or coal – will exceed their record level in 2022, after the air hole due to Covid, according to a published benchmark study Friday.

Total emissions of this greenhouse gas, the main cause of global warming, including those produced by deforestation, will almost return to the level of 2019, leaving at this rate only a chance in two of avoiding exceeding global warming. by 1.5°C in nine years, according to scientists from the Global carbon project.

Fossil-based CO2 emissions “are expected to increase by 1% compared to 2021, to reach 36.6 billion tonnes, slightly more than the levels of 2019 before Covid-19”, according to their calculations.

Emissions from coal, which have been declining since 2014, should increase by 1% and return to or even exceed their record level of that year.

“There is the conjunction of two factors, the continuation of the post-Covid recovery and the energy crisis” after the invasion of Ukraine by Russia, explains to AFP Glen Peters, one of the authors of the study published in the journal Earth Systems Science Data on the occasion of the COP27 international climate conference.

The GCP team, which brings together more than 100 scientists from 80 institutions, calculates CO2 emissions each year, as well as the remaining “carbon budget”, the upper limit of carbon dioxide emitted to remain below a given global temperature. .

This temperature is indeed linked to the concentration of this powerful greenhouse gas in the atmosphere. Concentration which has increased by 51% since the beginning of the industrial era, when we began to burn fossil fuels in large quantities, underlines the study.

Scientists can thus translate the ” budget” remaining to meet the objectives of the Paris agreement, the cornerstone of the fight against global warming.

At the current rate of “spending” of this budget, there is only a one in two chance to meet the most ambitious objective in nine years, limiting global warming to 1.5°C.

Greenhouse gas emissions should in fact fall by 45% by 2030 to have a chance to achieve it.

Or, with almost +1 2°C of warming already recorded, climatic disasters are already increasing around the world, as illustrated by the current year, with its procession of heat waves, droughts, floods or megafires…

< p>“We have made some progress,” notes climatologist Corinne Le Quéré, another author of the report, who points out that the trend increase in emissions from fossil fuels has gone from around 3% per year in the 2000s to 0.5 % per year over the last decade.

“We have shown that climate policy works. But only concerted action on the level of that carried out against Covid can bend the curve, ”she insisted.

Among the world's biggest polluters, the rebound in fossil emissions will be strongest in India in 2022, up 6% mainly due to coal consumption amid a strong economic recovery. The United States registers +1.5%.

China, which should end at -0.9%, saw a sharp decline at the start of the year with the confinements linked to the zero Covid policy and the building slump, although the summer heat wave later caused a drop in hydroelectricity and a rise in coal.

The European Union, plunged into an energy crisis by the invasion of Ukraine, is expected to register -0.8%, with gas-related emissions collapsing by 10% and coal-related emissions jumping by 6.7%, against +0.9% for oil.

The rest of the world should see an increase of 1.7%, mainly fueled by the recovery of air transport.

Emissions not related to fossils, about 10% of the total and mainly due to deforestation, are down slightly.

And warming is already affecting natural carbon sinks, which nevertheless play a vital role in mitigating it. The absorption of CO2 by terrestrial sinks has thus been reduced by approximately 17% and that of the oceans by 4% during the decade 2012-21.

Due to the multiple crises, 2022 will not be not a typical year from which we can draw obvious lessons, underline the authors. The 1% increase may not be “a long-term trend”, believes Corinne Le Quéré. But “emissions are not falling as they should”.