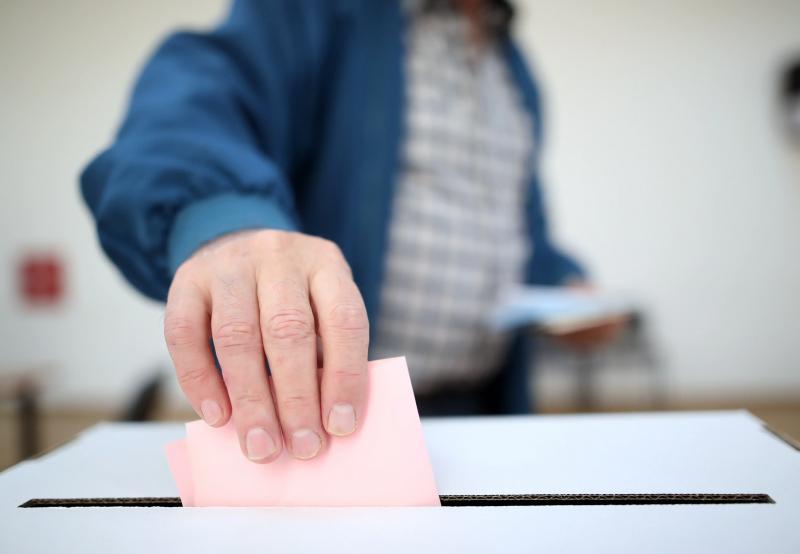 The old parties will have to redouble their efforts in order to be ready for the elections. Of the five main political parties, the PLQ and the PQ are the furthest behind in recruiting candidates.

Three months before the election on October 3, the Liberal Party of Quebec (PLQ) and the Parti Québécois (PQ) have the fewest announced candidates with 51 and 45 contenders respectively.

“That’s telling, because it tells us that there is a political realignment, suggests the political scientist of Laval University Éric Montigny. Parties that were once dominant find themselves in trouble. »

Although there is still time before the election, 60% of the candidates of the main parties have still been confirmed.

It demonstrates a desire to be present on the field and in the media space all summer, he adds.

With more incumbents and favorable polls, the Coalition Avenir Québec (CAQ) dominates the race with 115 candidates out of 125.

“The sooner we announce our candidates, the more it tends to show that we have a well-oiled machine […] that we have many candidates who have come to us and that we made a tight selection”, underlines Mireille Lalancette, professor of political communication at the University of Quebec in Trois-Rivières.

“Vacant ridings can show that we had trouble finding people and that we are not very attractive,” she continues.

The PQ does not make much of this delay.

“The candidate selection process is progressing very well, explains the director of communications of the party, François Leroux. […] Several people have been confirmed as candidates, but we have not yet had the chance to announce them. »

MP Pascal Bérubé still had to launch an appeal last month to find a PQ suitor in the fortified castle of Duplessis (Côte-Nord), which is very unusual, says Mr. Montigny.

Same story on the side of the PLQ.

“The process is following its normal course. By the time of the election, we will have 125 candidates, as well as the best team to offer Quebecers change,” explains Jeremy Ghio, director of communications in the office of chef Dominique Anglade. He adds that the PLQ is the only one to have presented its electoral platform.

They are nevertheless preceded by the Conservative Party of Éric Duhaime, which has 59 aspirants and whose militant base is small, but very dynamic and active in recruiting, says Mr. Montigny.

NUMBER OF CANDIDATES ANNOUNCED BY PARTY

Almost as many women as men

A sign that Quebec society is changing: the recruitment of aspirants is going well for the five main political parties.

Of the approximately 375 candidates announced from all parties, 49% are women.

And although there are still other announcements to come, all the political formations reach, or almost, the parity zone, that is between 40% and 60% of women.

The CAQ and QS even have so far more female candidates than male candidates. There are 62 women and 53 men in François Legault's team as well as 57 women and 48 men in solidarity, which represents approximately 54% of contenders for each of the formations. In the PLQ, this proportion is 45%.

The Conservative Party of Quebec is also in the parity zone with 41% of women, but it is the only one not to have an objective in this regard. material.

“We do not set a quota or gender parity. We aim to have the best candidates to represent each constituency,” confirms Véronique Gagnon, to party communications.

“The question of parity is always posed by assuming that all the men who are there are all very, very competent, whereas we assume that if we want to put a woman rather than a man, we do not choose someone competent, reacts Professor Mireille Lalancette of UQTR. Yet there are many women in politics who were more than capable, and across all parties. Pauline Marois or Monique Jérôme-Forget were women of quality and brilliant women. »

As for the PQ, it is the only one not to reach the parity zone, but only slightly, with 38% of women for the moment.

It has become a tradition

“You have to remember that in the last ballot, it was the first time that it [parity] became an issue and an avowed objective of political parties, recalls political scientist Éric Montigny. It is becoming a tradition, it reflects the evolution of Quebec society and the priorities of political parties. »

In 2018, QS, the CAQ, the PQ and the PLQ had reached the target, and women represented 47% of candidates, a record.

It should be noted, however, that 64% of all MPs who preferred to leave politics at the end of the last session were women.

Surprising Facts About Some Candidates

Among the aspirants announced so far, some stand out by name or family ties. Here are some rather surprising examples.

The CAQ can count on a candidate with a mobilizing name in Mercier. Indeed, Florence Lavictoire will wear the CAQ colors in this Montreal riding. Does this bode well for François Legault and his team in Mercier? With a fourth position and 8% of the votes in 2018, let's say that the challenge is daunting for Ms. Lavictoire and the caquistes.

Two candidates with practically the same name will each try to be elected on October 3, namely Pascale Déry for the CAQ and Pascal Déry for the Conservatives. Fortunately for voters, Mr. and Mrs. Déry are running in two separate ridings, Verchères and Repentigny. Confusion should therefore be avoided.

THE CHILDREN OF FRANÇOIS LEGAULT WITH QS

Alexandre and Anne-Sophie Legault, both candidates for Québec solidaire, are the children of François Legault… but not François Legault the Prime Minister. Rather, it is a namesake. The siblings had already presented themselves in 2018. Alexandre Legault had then finished third in Brome-Missisquoi, and his sister Anne-Sophie, second in Granby. They represent themselves in the same ridings, currently held by two ministers, namely Isabelle Charest and François Bonnardel, respectively.

The CAQ will not only present one Eric Girard, but two. If an elector in the Lac-Saint-Jean riding votes for Mr. Girard thinking he is supporting the Minister of Finance who is running in Groulx instead, the ballot will at least go to the same party.

A DRAINVILLE AT QUÉBEC SOLIDAIRE

Summer promises to be politically active for the Drainvilles! The ex-columnist and ex-péquiste Bernard Drainville presents himself among the caquistes in Lévis, while his little cousin (the daughter of his cousin), Amélie Drainville, will wear the colors of QS in Berthier. Despite differing political opinions, Bernard praised Amélie's political involvement. “It's nice to see a committed young woman dedicating herself like this for the future of Quebec,” he wrote on Twitter.