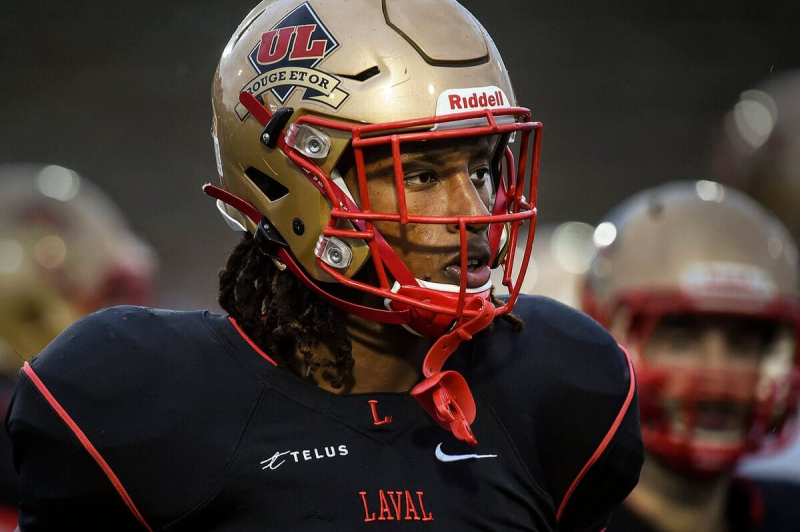 Kean Harelimana is back with the Rouge et Or, having accepted the position of linebackers coach with Université Laval.

The 26-year-old man played this position with the Capitale-Nationale team from 2017 to 2019. He made the leap as a coach after hanging up his helmet and his shoulder pads. Last year, he held the position of defensive coordinator with the Faucons du Cégep de Lévis.

“As a student-athlete, Kean has always been an example to follow and I am very happy to have him back with us. As a coach, he gained experience at the college level and his dedication to the Rouge et Or made him an excellent candidate for our team,” said head coach Glen Constantin in a statement from his organization.

“I feel very fortunate to have been approached by the Rouge et Or, said Harelimana on the phone. It really is a golden opportunity for me, a young coach. I'm very happy to be back where I played my college football.”

“I see myself evolving here in the long term. I'm in the best place in Canada to learn my trade with football heads like Glen and Marc [Fortier, the defensive coordinator]. I have their confidence. They showed me that they wanted me to be with them and bring my style of coaching to their team.”

< p>In addition to relying on several experienced linebackers, Harelimana will have four first-year players under his leadership in 2023, including Justin Cloutier and Christopher St-Hilaire. The two young men were selected on the all-star team in the first collegiate division last year.

“These guys are the crème de la crème, expressed the new coach . I come from CEGEP. So I faced them last year. The guys come here and will count on someone who knows the system well, because I was in their shoes not too long ago.”

Olivier Turcotte-Létourneau is leaving the team

In addition, defensive backs coach Olivier Turcotte-Létourneau has decided to leave the Rouge et Or to pursue other full-time challenges in school football.< /p>

He had worked for the Laval University club since the 2019 campaign.

“The entire Rouge et Or organization would like to thank Olivier for his dedication and his work during the three last seasons, during which he took care of the defensive backs with passion,” said head coach Constantin.